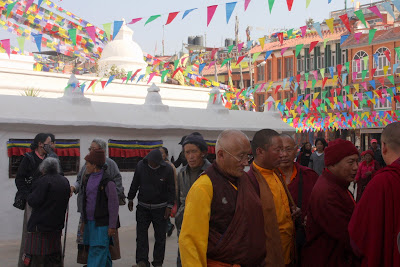 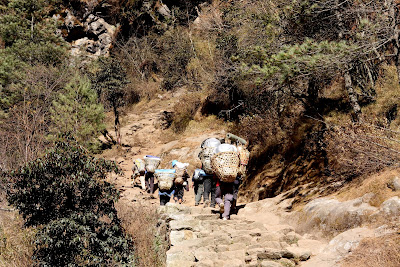 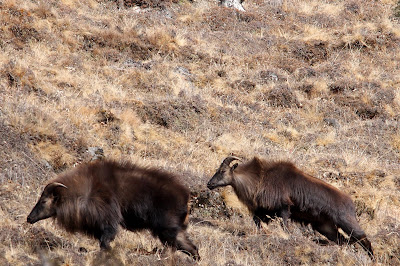 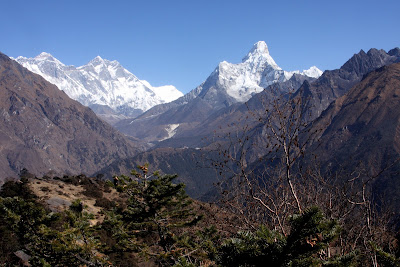 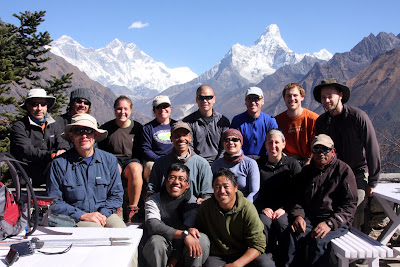 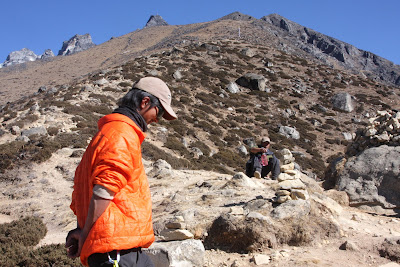 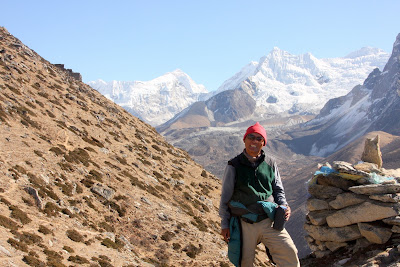 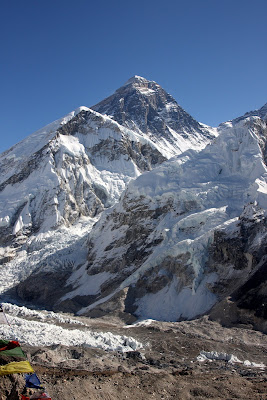 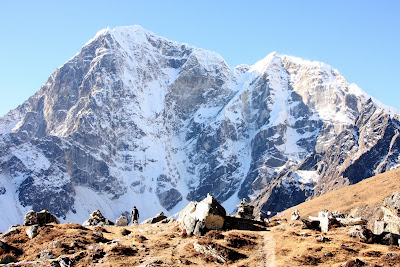 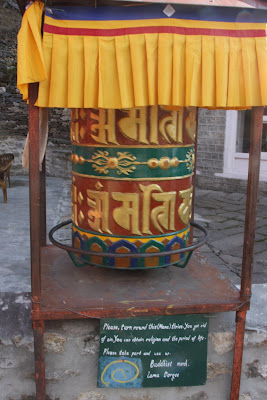 The Sherpa people moved to the Khumba region of Nepal from eastern Tibet a number of centuries ago. Traditionally, they practiced farming and herding. The Sherpas belong to the Nyingmapa sect of Tibetan Buddhism. Their lives changed significantly when Nepal was opened to westerners in 1950, and since then tourism has become a major source of income for them. Traditionally, Sherpas did not climb mountains which previously would have been considered a blasphemous act, since many peaks were considered to be sacred or homes of the primordial mountain gods. We were told that Sherpas are not really interested in mountain climbing but do it to make a living. The trekking and climbing tourism has significantly impacted the culture. It has brought a strong western influence, and we were told that it is changing the young people, many of whom are leaving for Kathmandu. At the same time, it is hard to deny the positive economic benefit of tourism. The Sherpa people are still very religious and maintain their spiritual traditions. We were told that many of the Sherpa people will be traveling to India for an event that the Dalai Lama is presiding over early in the New Year. Physically, it is amazing what many Sherpa people can do, and we saw many carrying extraordinarily heavy loads up hill at high altitudes. To us, they seemed to be very friendly and ethical.
The Nepali name for Mount Everest is Sagarmatha. The Sagarmatha National Park was created in 1976 and was named a World Heritage Site in 1979. Strong efforts have are being made to improve conservation management in the National Park, and various regulations have been adopted which are enforced with military assistance. At the same time, the program tries to respect and protect the cultural heritage of the Khumba region, and the Park involves locals in decision-making and management. Historically, deforestation, over-grazing, soil erosion and wildlife poaching have been problems. Tourism has accelerated these problems. The Wild Yak, Snow Leopard, Red Panda, Musk Deer and Black Bear are listed as endangered in the area. There is a reforestation program in the park and there are obvious permitting and enforcement programs to control the removal of wood. There are anti-poaching programs and reports that certain populations of the large mammals are starting to recover.
Much of South Asia depends on the water that comes from the snow and glaciers in the Himalayas. Since the 1970’s, studies show that the average temperature increase in the Himalayas has been almost twice the average that has occurred for the rest of the world. To the Sherpas, climate change is obvious as they watch the glaciers steadily shrink. We American trekkers knew that we held a great deal of the responsibility for what is occurring. The Sherpas, however, were too gracious to accuse us of being involved, but we are involved and the results of climate change will obviously be catastrophic. New glacial lakes have formed and the potential is high for “outburst” floods triggered by melting ice which could be disastrous for the people in the region. Additional impacts could occur that would significantly change the ecology of the region. Most significantly the changing climate will reduce the availability of water for billions of people. Hopefully, we all returned home with a heightened appreciation of the need for action in the developed world.
It was wonderful spending time in the most awe-inspiring landscapes in the world and among a very unique people with a strongly spiritual culture. At the same, it reminded us who we are and our importance in terms of what is happening throughout the world.

Joni
Very insightful. I have enjoyed all of these posts!