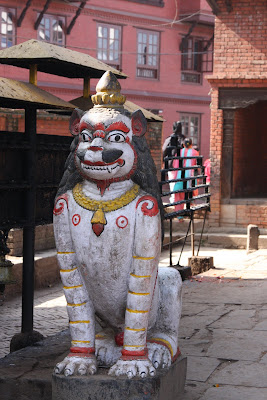 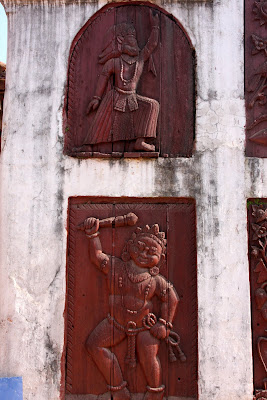 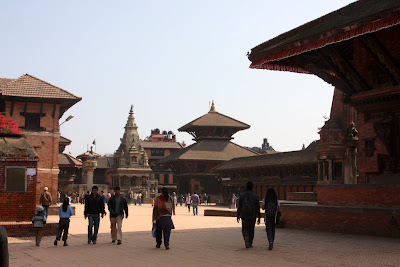 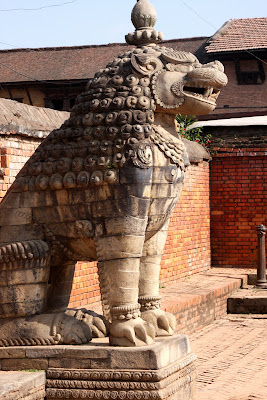 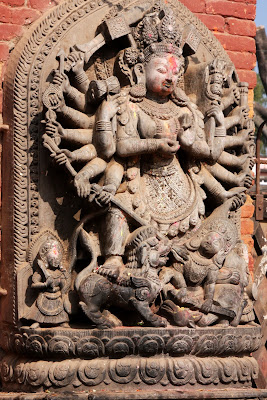 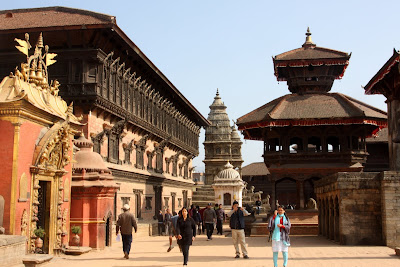 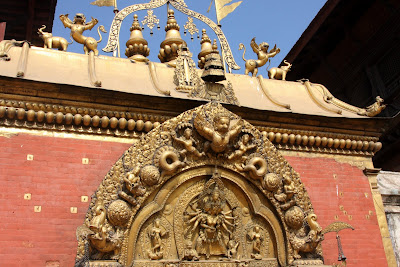 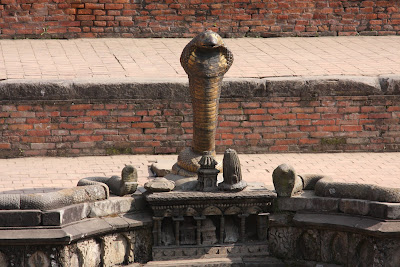 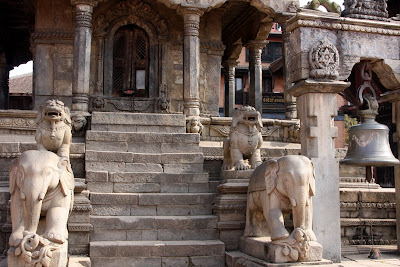 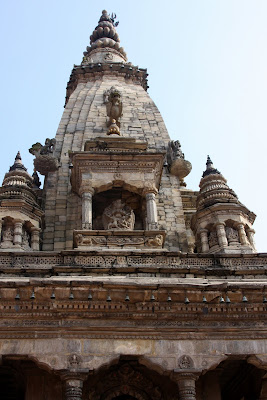 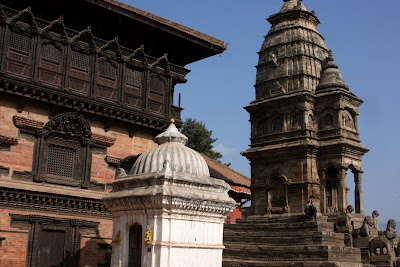 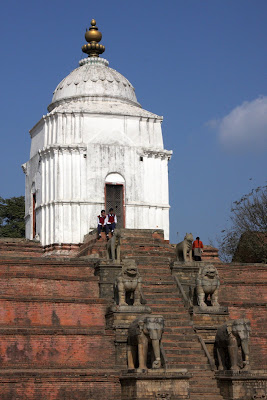 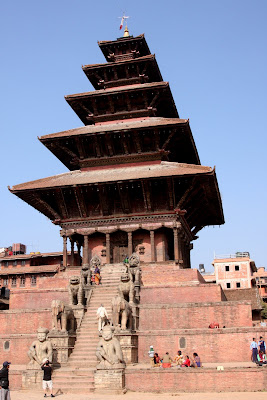 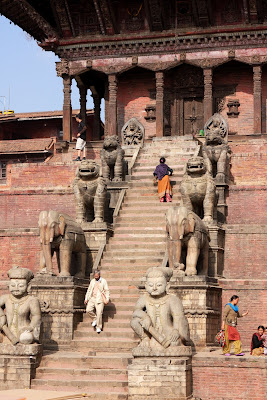 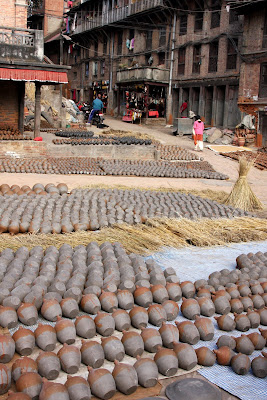 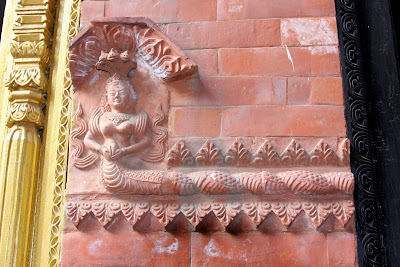 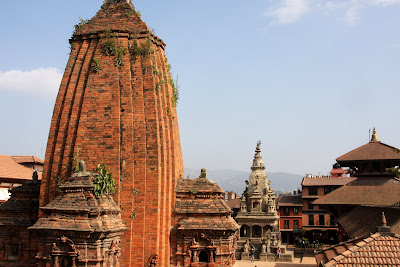 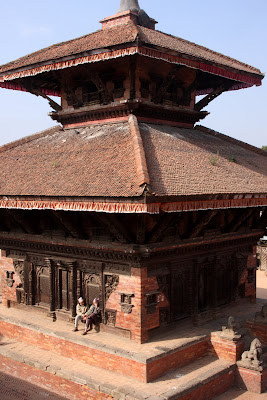 On our return, they had left us an extra day in Kathmandu in case the flight from Lukla had been delayed. We mostly spent the time shopping and eating a great deal. Some of us toured the medieval city of Bhaktapur outside of Kathmandu. It has its own central Durbar Square area. We were approached by several men wanting to be our guide, and we hired the lowest bidder. Again, the sites were mostly Hindu in nature. We could not enter the temples and there were guards to make sure that non-Hindus did not go in. We walked beyond the square into the old narrow streets of the residential and commercial areas. We walked by the pottery square where there workshops producing clay pots. Because of the different historic and religious sites in the Kathmandu Valley, it is a World Heritage site.