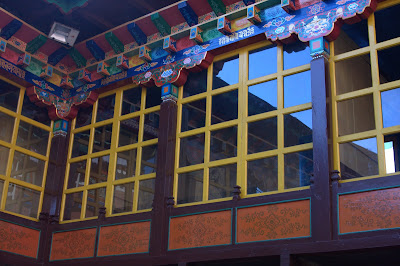 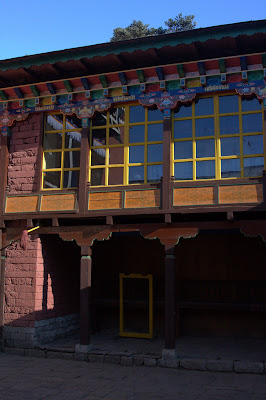 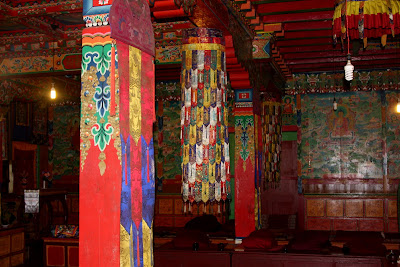 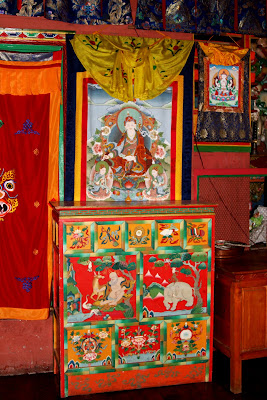 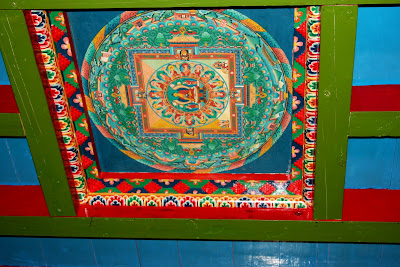 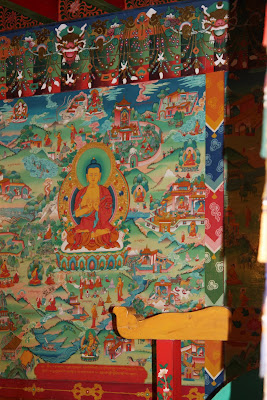 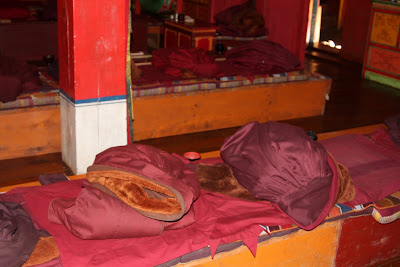 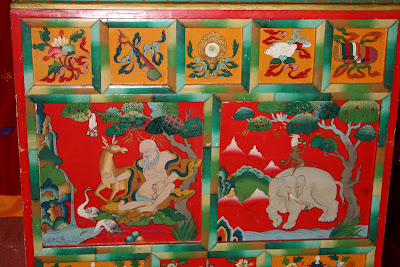 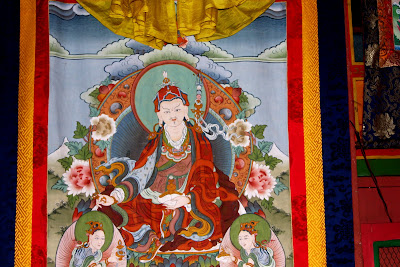 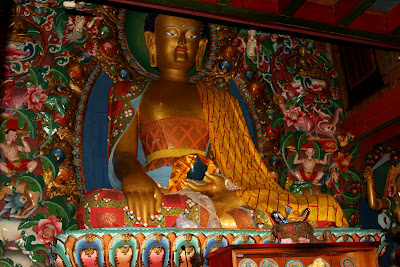 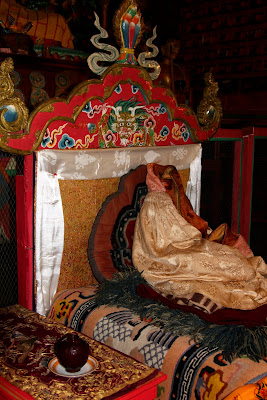 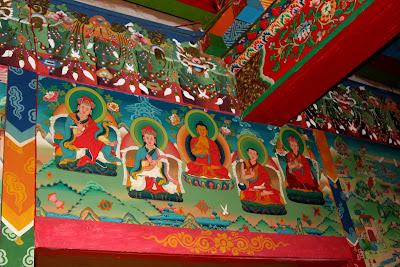 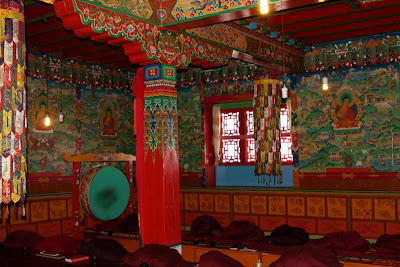 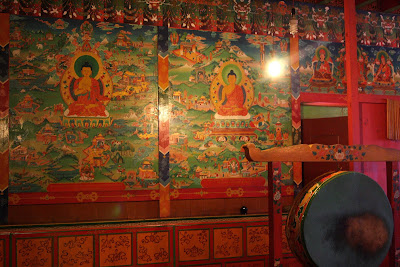 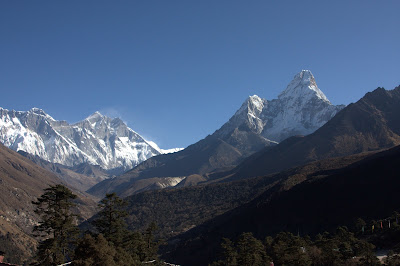 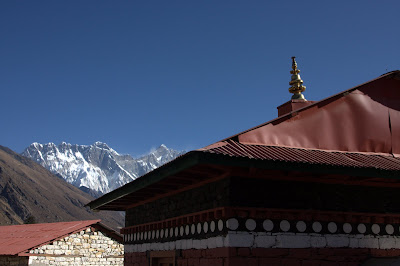 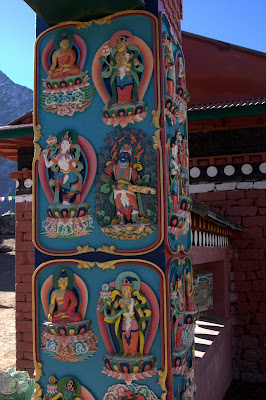 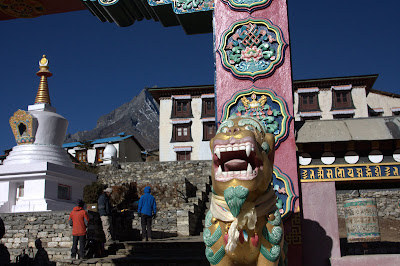 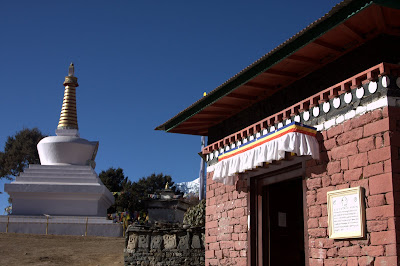 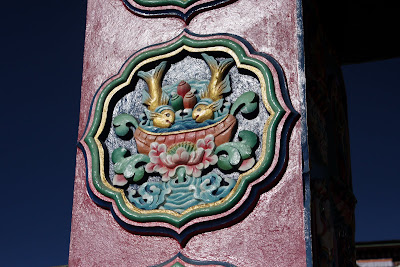 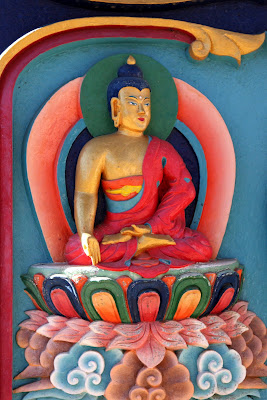 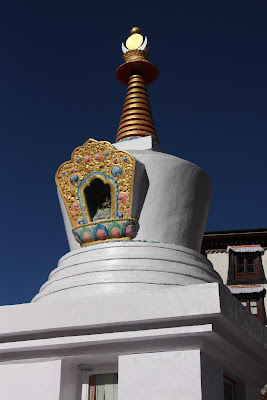 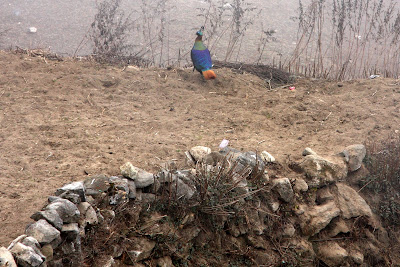 The next day, on a very cold morning, we climbed steeply to Tengboche. Tengboche is an active monastery where Thupten served. It is on a high forested ridge. The entryway gate and building are covered with intricate pictures of Bodhisattvas and other divine beings. The art in the meditation room included intricate panels describing various stories. There were prayer drums and banners and meditation benches where the monks chanted the sutras. The benches were covered with special cushions, covers and blankets. This day, we were told, the monks were away participating in an event commemorating the death of a lama. After a donation, we lit the yak butter candles, made wishes and Thupten said a prayer. Outside there was an outstanding view of Everest and its sister peaks.
We next climbed down to the Dudh Kosi River and then climbed steeply out of its canyon to lunch at Kenjoma. By then, clouds began to come up the valley and a warm morning turned cold. After lunch, we ascended into the clouds and the scenery disappeared behind a gray wall. As we entered the outskirts of Namche, we saw a florescent male pheasant.