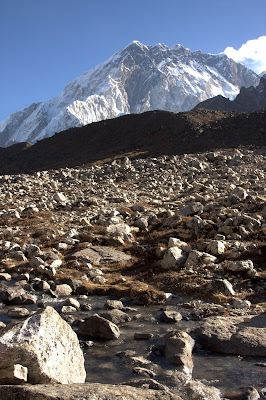 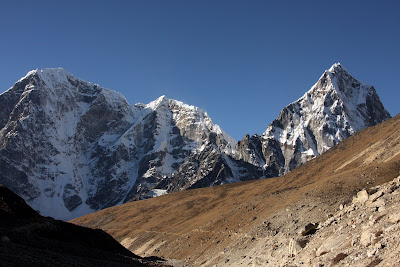 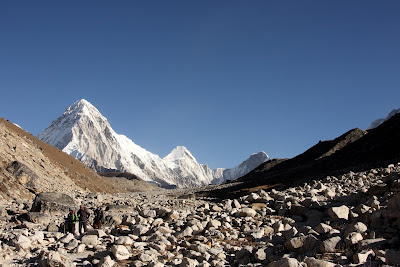 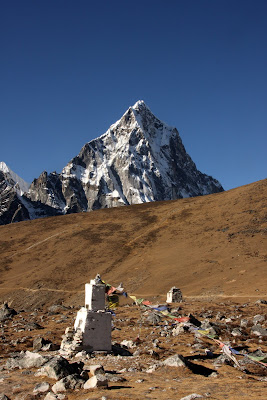 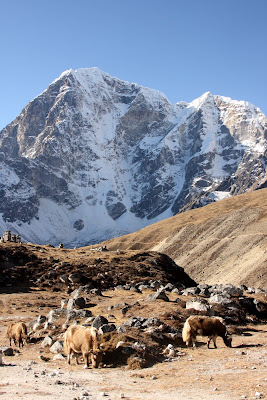 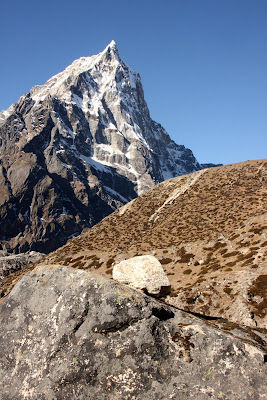 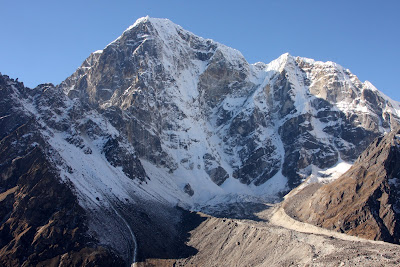 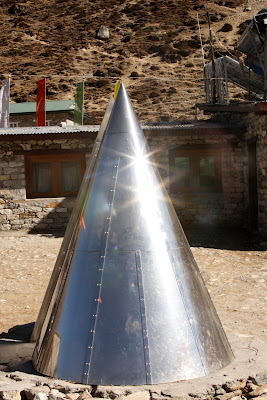 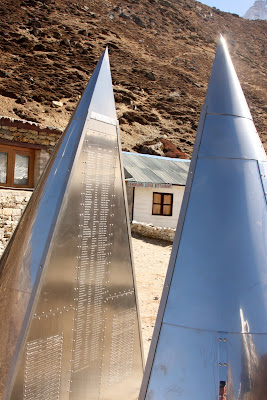 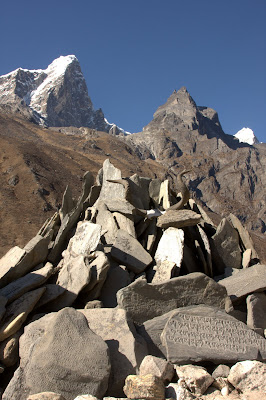 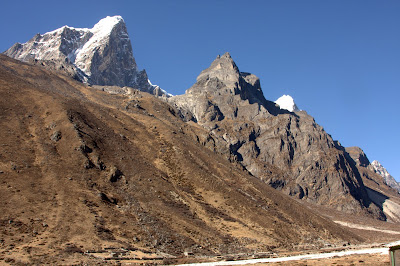 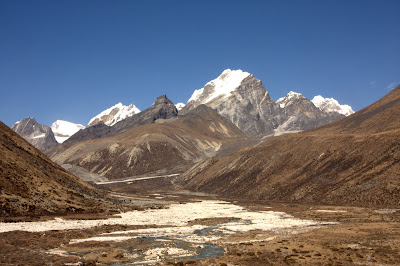 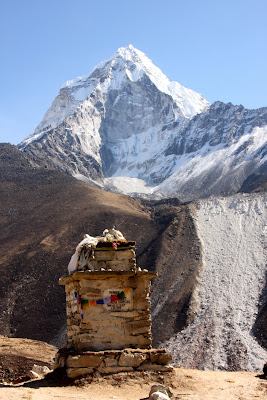 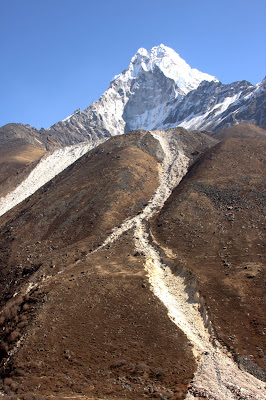 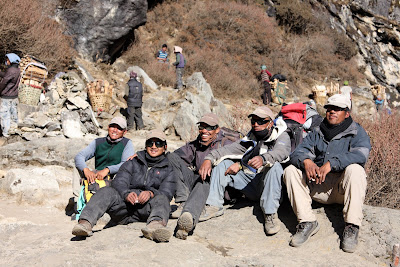 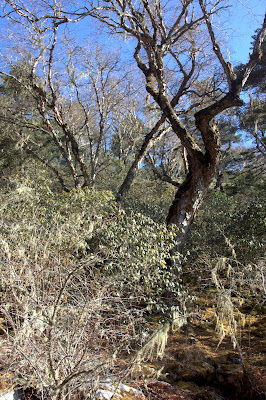 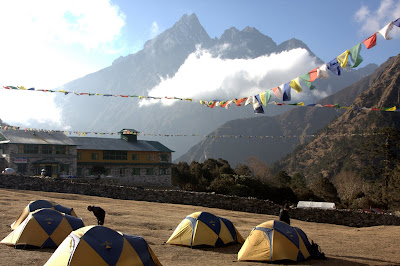 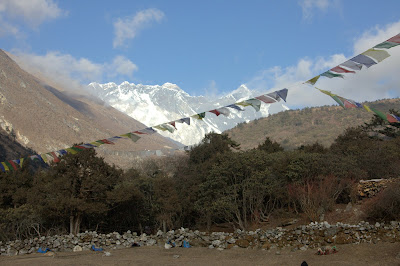 We left Labuche on a bright and windy morning. I was feeling better. This would be our longest hiking day covering eleven miles. As we descended, our heads cleared and we started to feel like we had awoken from an extended dream. First, we said goodbye to Nuptse which had dominated the scenery in the Everest basin. At times, we saw sharp Lhotse with strong winds blowing snow off the top. Beyond it, we could snow covered Peak 38. Later, Cholatse, Taboche and Arakan Tse were dramatic to the west. We stopped for lunch at Pheriche and saw the shining conical monument inscribed with the names of all those lost on Everest. After lunch, we climbed steeply out of the deep, narrow canyon of the Lobuche Khola river. We crossed to Dingboche and again hiked along the Imja Khola river. As we descended along the river, we began to see Rhododendron along the opposite, eastern side of the river. We crossed the river and hiked towards Deboche through a mixed forest of rhododendron, fir, cedar and deciduous trees. Deboche is below the ridge where the Tengboche Monastery is located. From our campsite, we could again see Everest and its sister peaks in the distance.