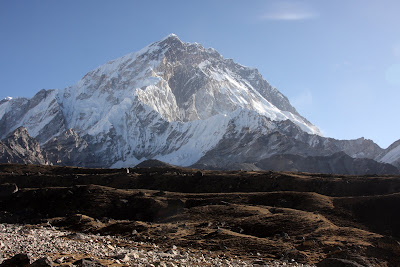 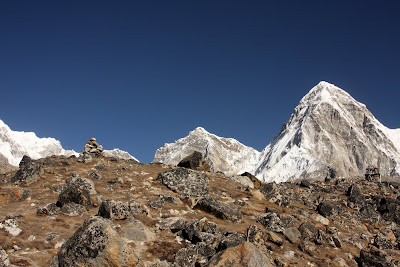 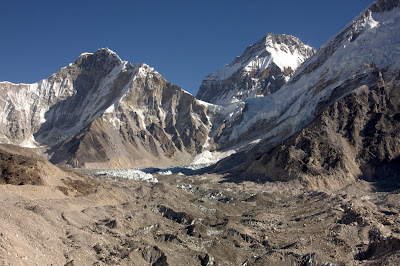 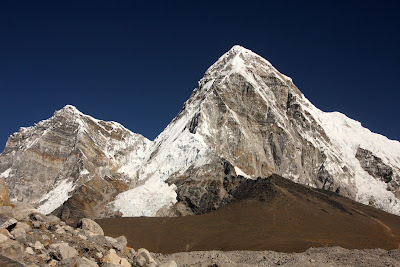 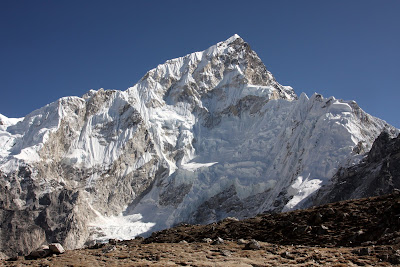 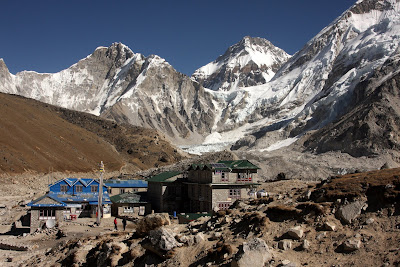 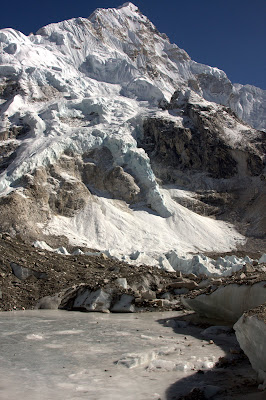 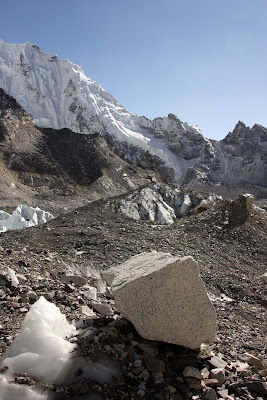 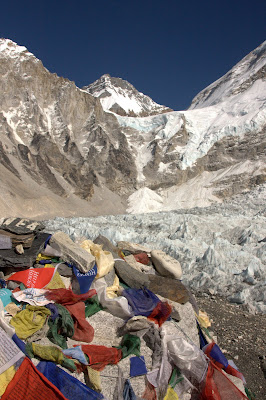 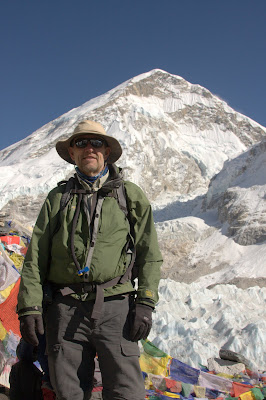 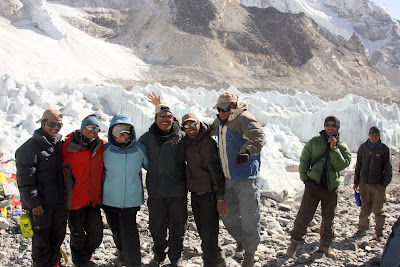 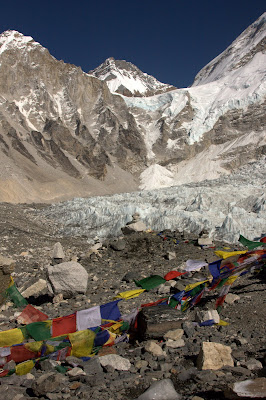 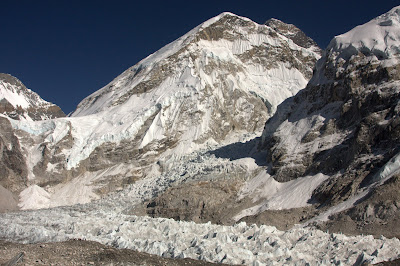 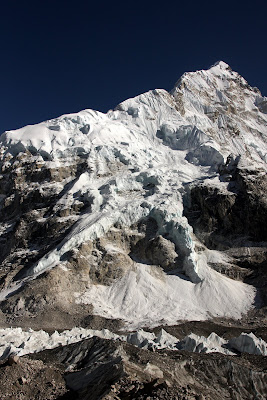 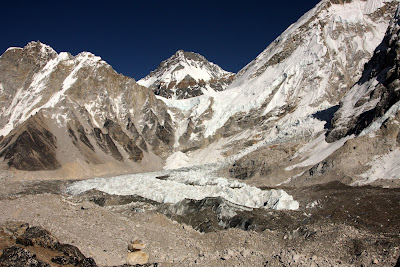 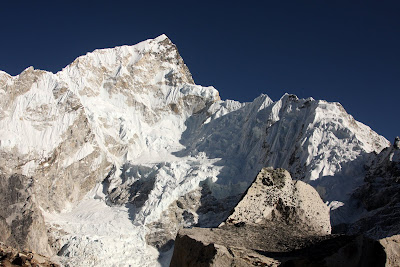 The next morning we hiked to Gorek Shek, the last small village of lodges before Everest Base Camp with an elevation of 16,860 feet. We had lunch at Gorek Shek, but I was unable to eat much because of continuing nausea. After lunch, we began our hike to Everest Base Camp which took two hours. The skies were crystal blue and the scenery was awe inspiring. I hiked slowly near the rear of the group. Base Camp is at the bottom of a large glacial basin at an elevation of 17,600 feet, where the Khumba Glacier collects ice from a number of tributary glaciers that descend from above between the high peaks. The basin is full of gravel, boulders and glacial till, and the hiking was rugged at times. Along the hike, we could occasionally see Everest peeking from behind the other mountains, but at base camp, Everest was hidden from view. The basin is surrounded by the high chiseled pyramids of Pumori, Chumbu, Khumbutse, and Lingtren. Nuptse was particularly dramatic, sharply carved by ice and dominating the scenery like a large triangular arrowhead covered with ice. In the distance, we could see dark-colored Nupten, which we were told was totally in Tibet. At times in the basin we were hiking on the gravel covered glacier with base camp next to the glacier. Climbing expeditions are typically in the spring, so there was no one camped at Base Camp, although there was another group of trekkers at the camp with us. The return hike was difficult and I moved slowly. On our return to our lodge in Gorek Shek, I collapsed into bed for the second evening. I was warm in bed that night , especially thanks to the hot water bottles they gave us, and slept well.