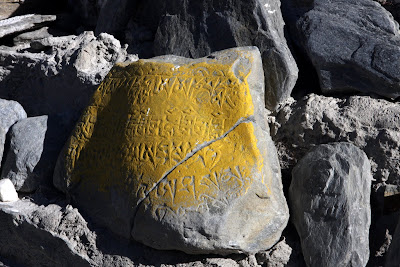 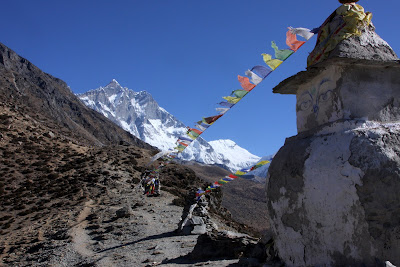 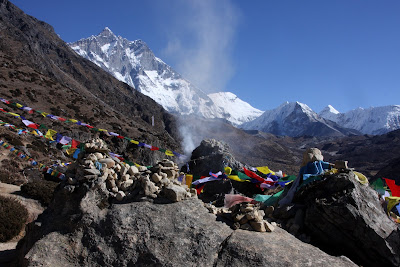 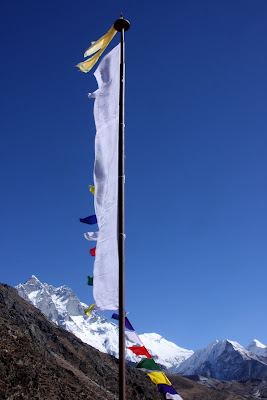 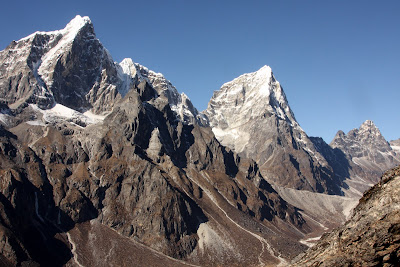 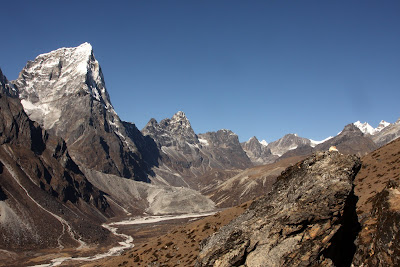 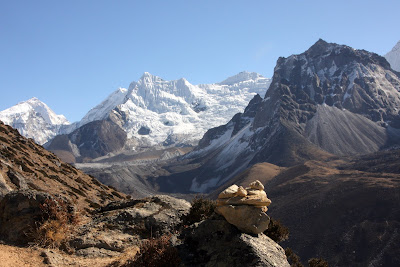 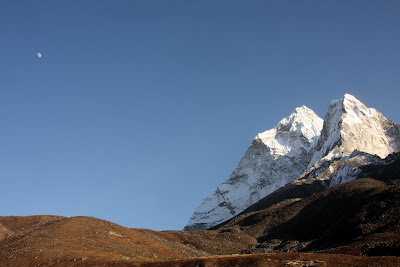 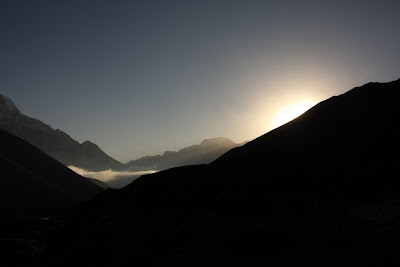 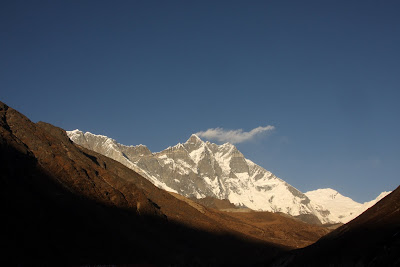 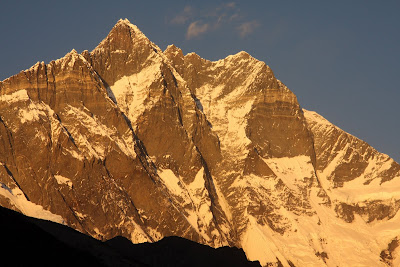 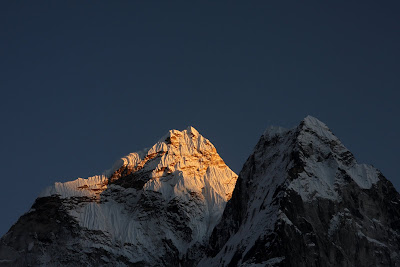 At 4:00 am on our extra day in Dingboche, we awoke to hear people moving rapidly past our camp singing. Thupten told us that was the day the National Park allowed people to go below into the forest to cut downed wood. They had to have a permit and could only do it on that day. Later in the morning, we did a training climb to 15,300 feet to an old gompa or religious site. When we got there, the owner of the lodge where we camped was there burning juniper branches as a sacrament. From that spot, we could see up the river valley Lhotse, Lohtse Shar, Peak 38, Island Peak, Amphu Gyabjen, and the Ama Dablam glacier coming down from above. To the west were Cholatse, Raboche Peak, and Arakam Tse. To the south were Malangphulang and Kangtega. We had the afternoon off and I had time to take pictures of the sunset from a spot above the Imja Khola river.