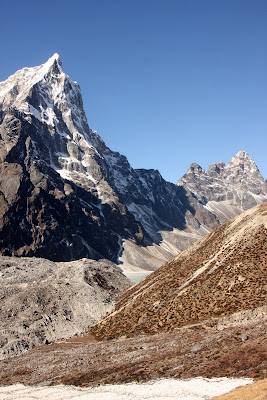 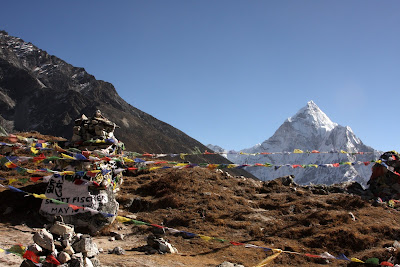 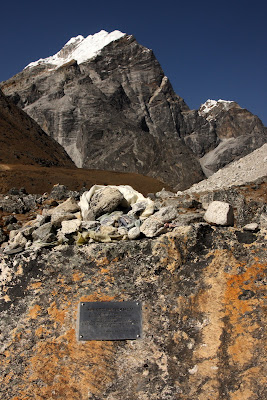 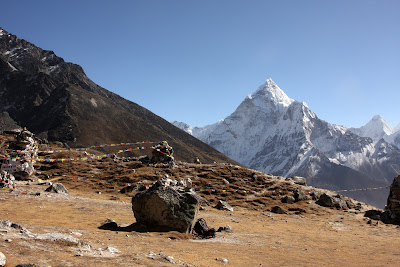 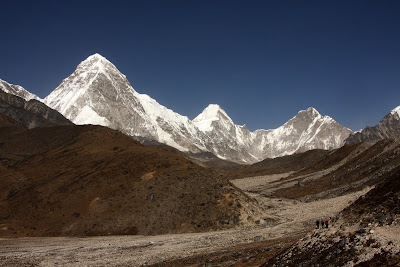 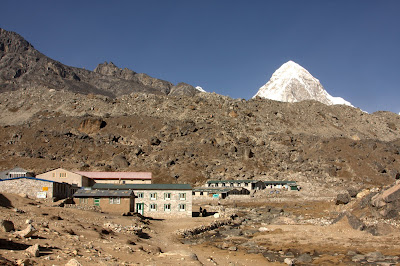 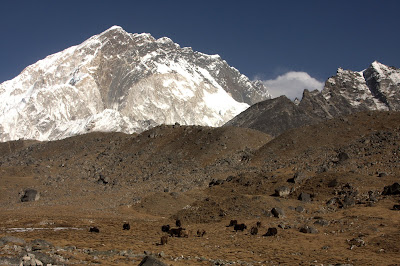 During my second night at Dingboche, I awoke with gastrointestinal distress. As was the normal practice for trekkers who were not well, the team sent me ahead early the next morning with my own Sherpa, a young man named Rinzi, who carried my pack. The weather was clear and cold when we started and I walked very slowly. It warmed as the sun rose. Early in the hike there was a steep climb which caused difficulties that Rinzi helped me through. At the top of the climb, there were cairns, boulders and prayer flags that served as monuments to numerous climbers who had died on Everest. There was a monument to Scott Fischer, the expedition leader who died in the incident described in the book, Into Thin Air. We hiked to the tiny village of Labuche at an altitude of 16,100 feet. In Labuche we stayed in a lodge instead of a tent. Despite the fact that they are not heated, the lodges kept us warmer through the frigid night above 16,000 feet. When I got to the lodge, I collapsed on the bed and slept through tea.