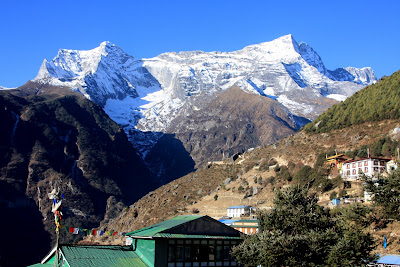 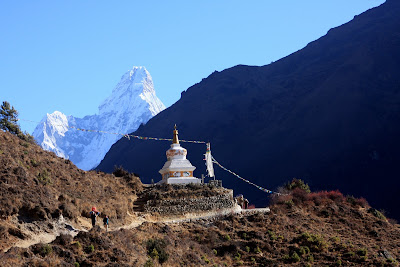 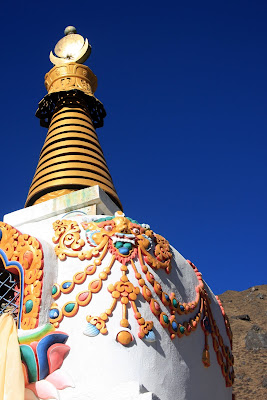 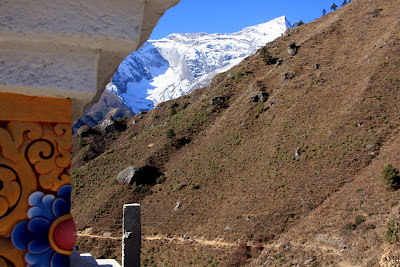 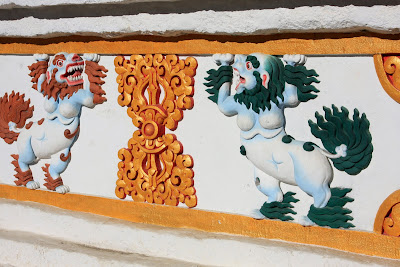 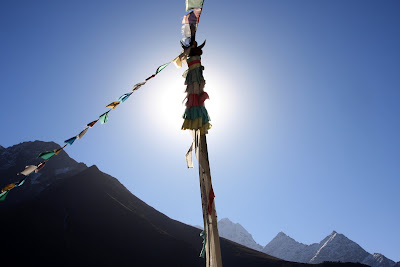 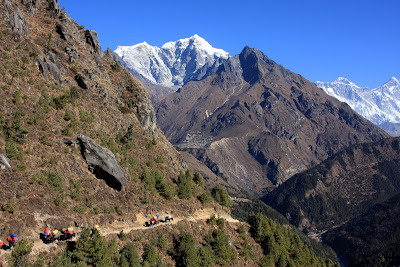 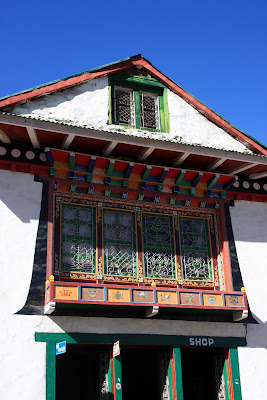 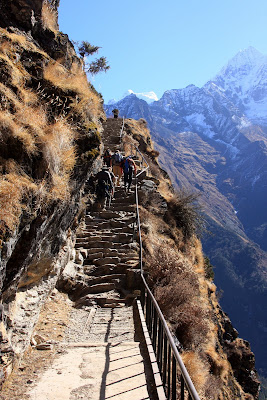 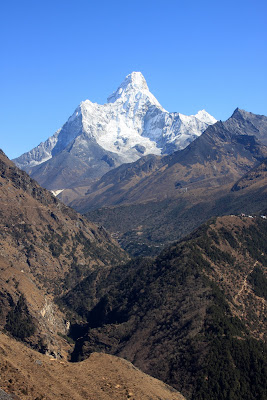 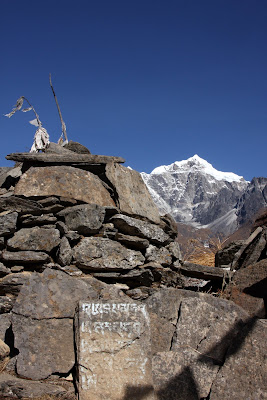 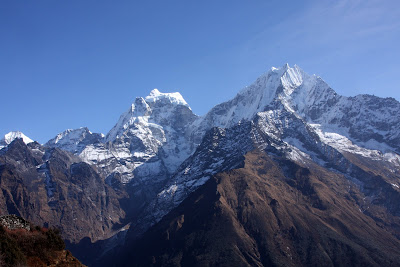 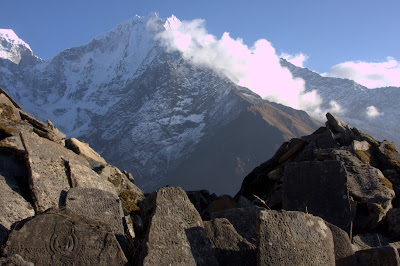 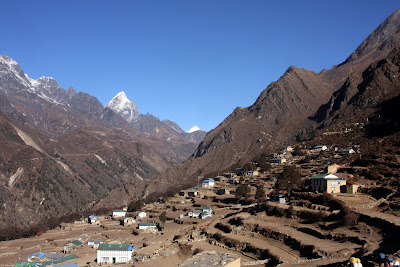 The weather was clear the morning we left Namche. We started on the main trail to Everest Base Camp but turned off of it onto a trail that ascended the Dudh Koshi river valley toward Dole. While on the main trail, we passed runners in the annual Everest Marathon which runs from Everest Base Camp back to Namche. The winner of the marathon was a 31 year old Nepali man and in fact the top twenty finishers were Nepali. It is known as the highest altitude marathon in the world. We climbed steeply on the trail towards Dole and had lunch at the high point of the day at the Mong pass. Towering Ama Dablam dominated the scenery to the east, and Thamserku and Kangtega towered over us to the south. From Mong La, leaving the Dole trail, we descended steeply to the river and up the river caught a glimpse of Cho Oyu, one of the taller mountains. Then, we hiked steeply up through the Rhododendron forest to our next camp in the village of Phortse. In the evening, I went up to a flat spot above the camp to take pictures of Thamserku and Kangtega in the setting sun. There were grazing yaks beyond the stone walls that defined paths and fields in the village. I noticed that the wall in front of me was composed of flat stones carved with Tibetan scriptures, mantras and portraits of Buddhas.