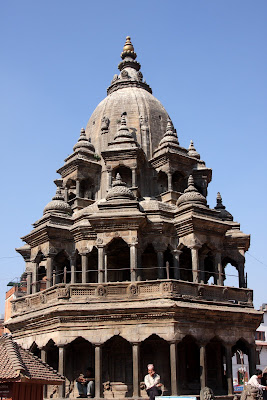 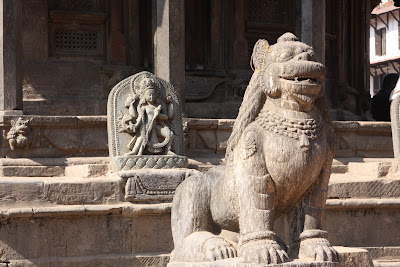 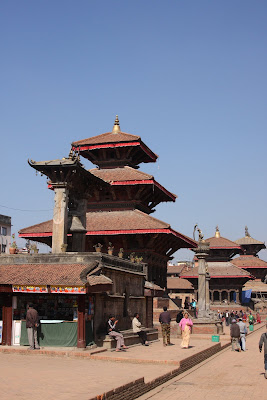 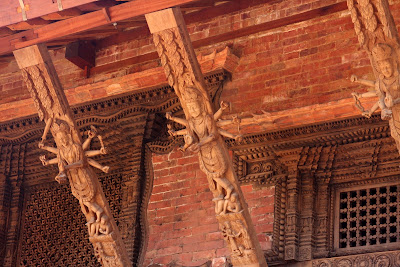 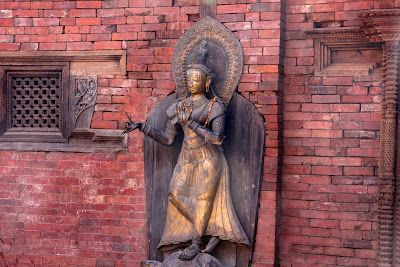 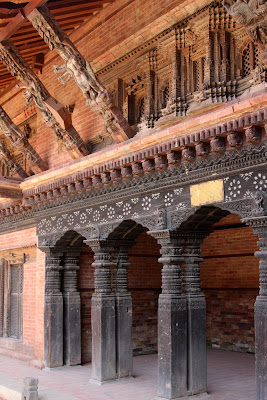 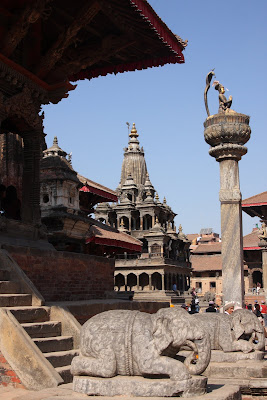 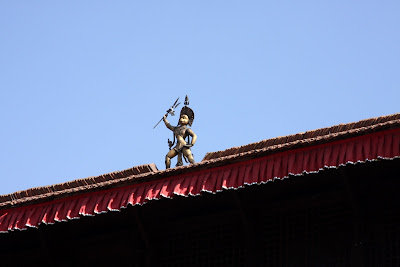 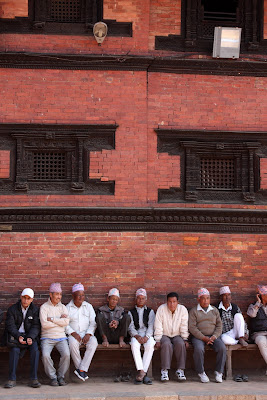 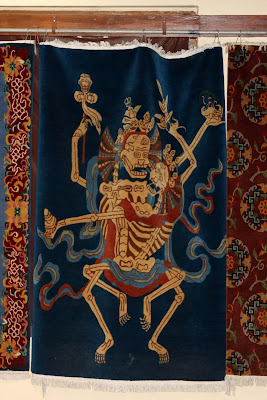 Next we visited the Patan Durber Square. In the Kathmandu Valley, there are three Durber Squares, each of which is a central urban space combining historic royal palaces and religious structures. Patan, a smaller city adjoining Kathmandu, was home to the Malla kings who ruled between the 12th and the 17th centuries. Although the Malla kings supported both Buddhism and Hinduism, the Patan Durber square has a distinctly Hindu character that is darker and more foreboding than the Buddhist sites. Non-Hindus are not permitted to enter the Hindu temples. After the Durber Square, we visited the Tibetan Refugee Camp and toured the facility where the Tibetans weave rugs and other textile products.