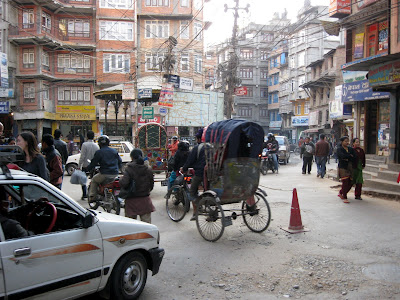 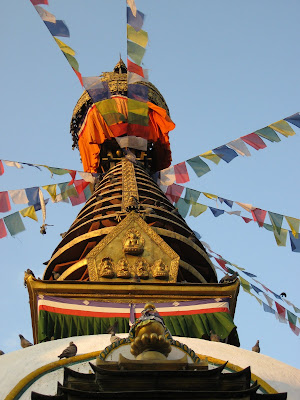 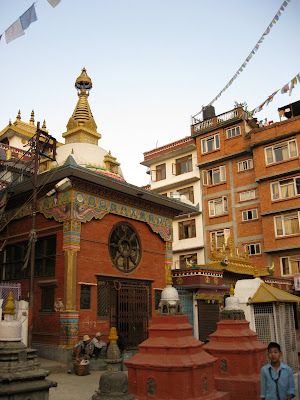 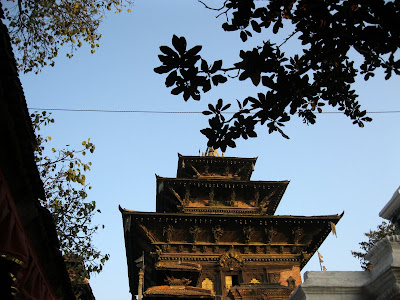 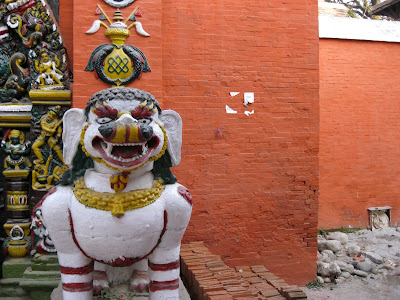 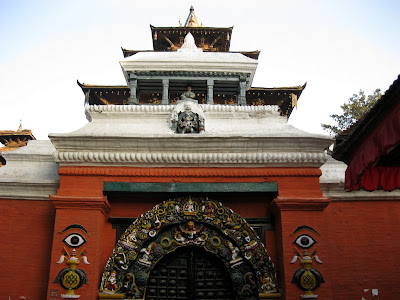 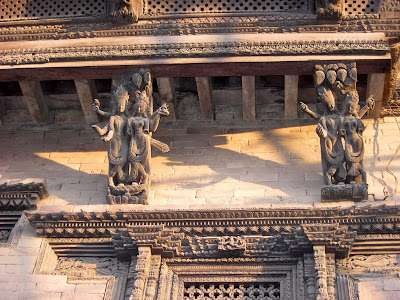 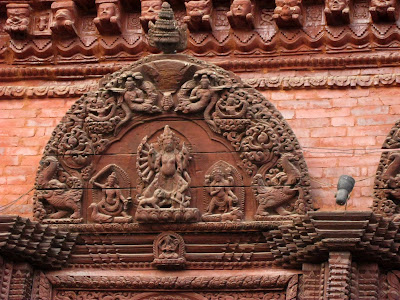 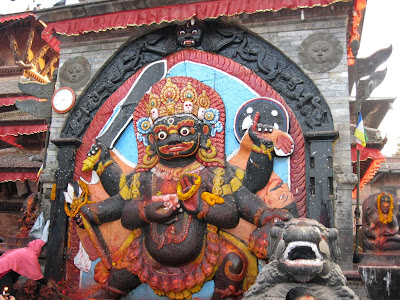 Any trip to the Himalaya in Nepal starts in Kathmandu. The greater Kathmandu area likely has a population of over one million, and rapid growth has resulted at least partially from people moving into the area from other parts of the country. One of the results of rapid growth has been increasing pollution of all types and most especially increasing air pollution largely associated with the growing number of motor vehicles. Our spare time in Kathmandu was spent walking the narrow streets with their chaotic mix of pedestrians, bicycles, rickshaws, motorbikes, cars, and trucks. There are few sidewalks, so pedestrians spend their time dodging other forms of transportation. Scattered throughout the city and especially in the Durbar Square area, there are a number of historic and religious sites. The older Hindu sites are known for their intricate wood carvings.