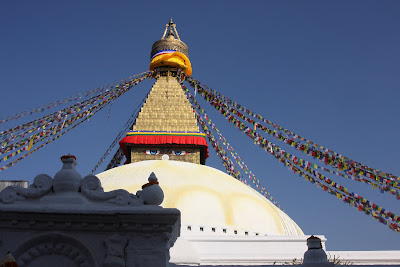 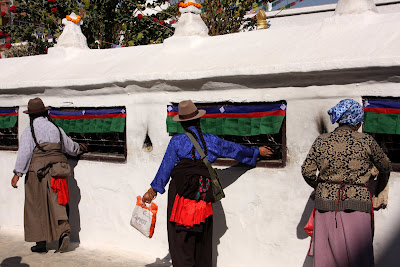 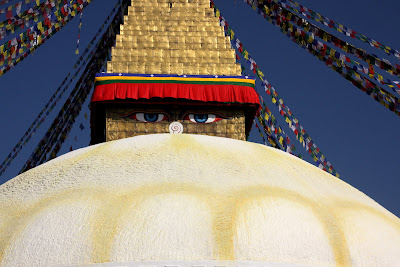 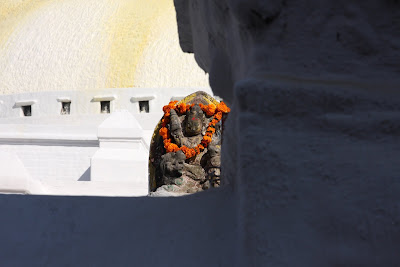 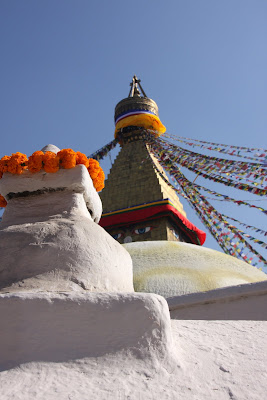 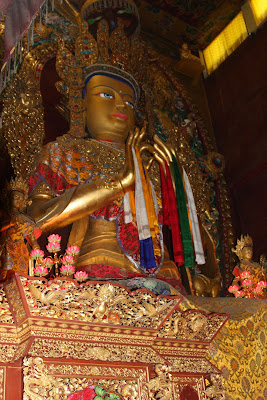 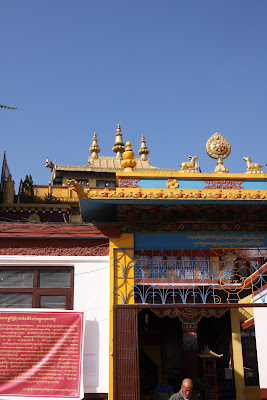 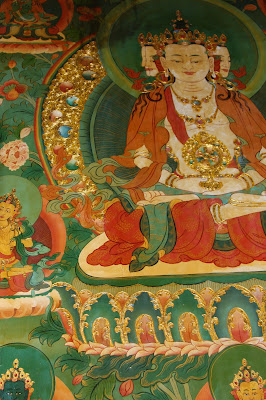 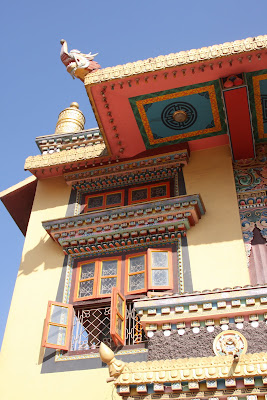 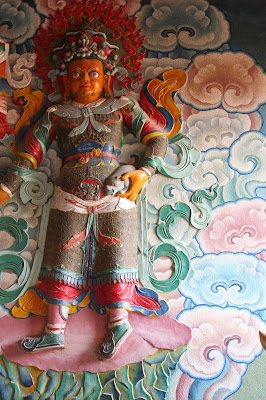 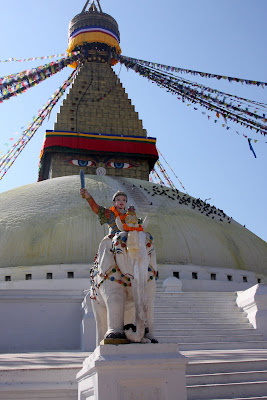 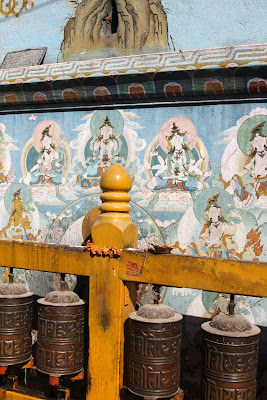 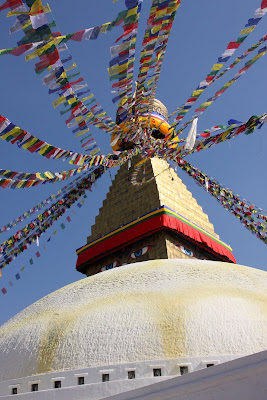 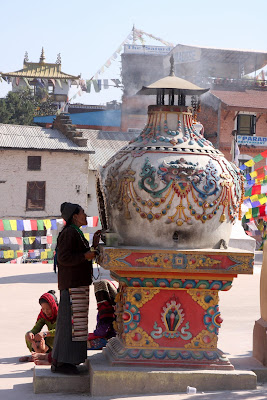 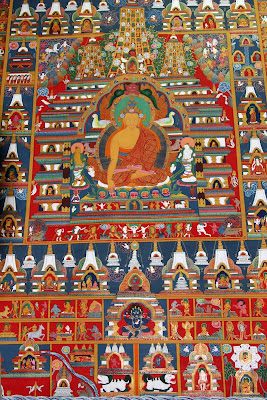 On our first full day in Kathmandu, we went on a guided tour of several locations. The first site we visited in Kathmandu, and my favorite site in that city, was the large Boudhanath Buddhist stupa which is also known as Boudha. The stupa is designed as a mandala and is an important pilgrimage site for Buddhists. Its origins are unsure. The primary activity at the site is for pilgrims to walk clockwise around the structure, turning numerous prayer wheels that send the mantra Om Mani Padme Hum out into the universe. Many of the pilgrims at the site were Tibetans. The spiritual serenity of the site is palatable even when surrounded by urban chaos and tourist shops. Music is broadcast that chants the mantra, contributing to both the sacred feel and the carnival atmosphere. The large, white stucco structure with its flashing golden tower amd all seeing eyes shines in the sun. Ancient Tibetan woman make offerings and monks are present. There is a small temple adjacent with monks chanting in a dark interior with glowing colors and a golden Buddha statue. We went to the adjoining Tibetan Thanka school that trains people to produce religious art. We saw the art being made and got a bit of a “Sunday School” lesson on Tibetan Buddhism. The Boudhanath is one of the world’s great spiritual sites and is open to all.