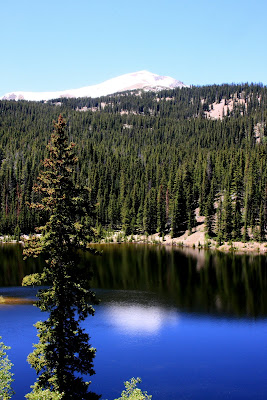 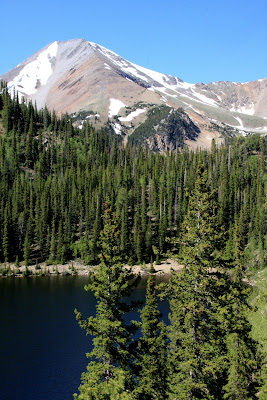 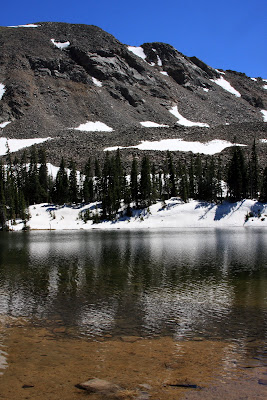 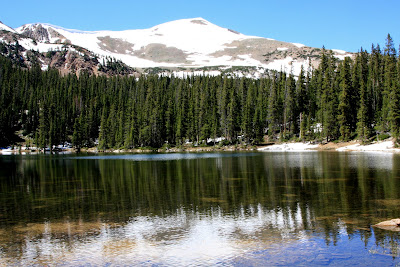 Last Friday, on the way to our Cochetopa Hills backpack, we stopped on the east side of Monarch Pass for a hike to Hunt Lake. We hiked several miles up a timber road to where it intersected with the Continental Divide Trail. We climbed steeply up the CDT to Boss Reservoir which was set beautifully among various peaks. At the reservoir, we met a couple hiking down from above who were from Missouri and who told us it was too snowy to get to Hunt Lake. We decided to continue hiking up as far as we could until the snow stopped us. After a mile or so we began running into snow drifts but were able to navigate around them to the lake which was also in a beautiful setting. Being from Colorado, we knew how to deal with snow.