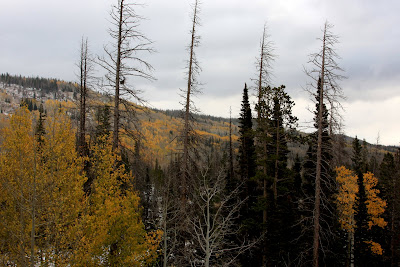 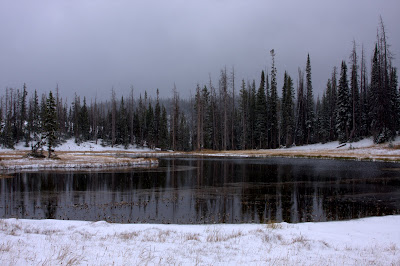 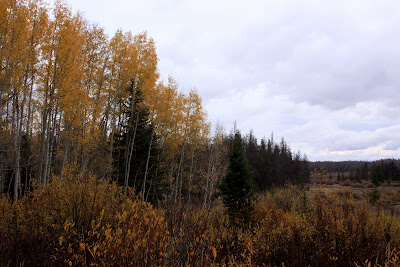 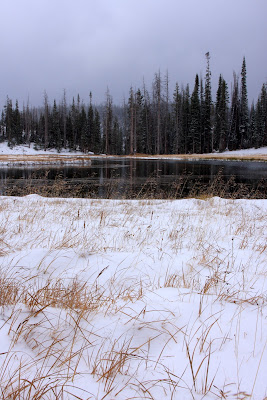 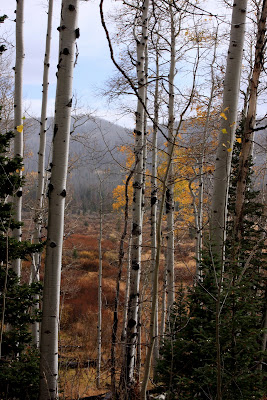 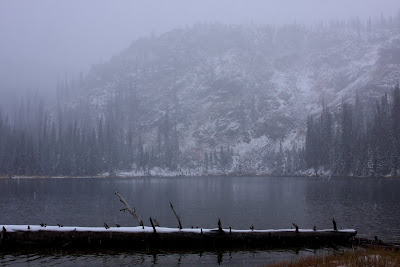 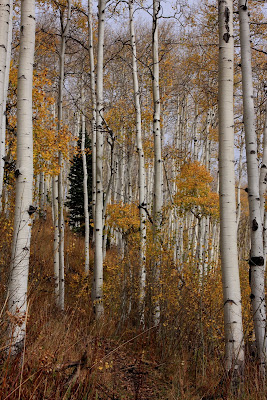 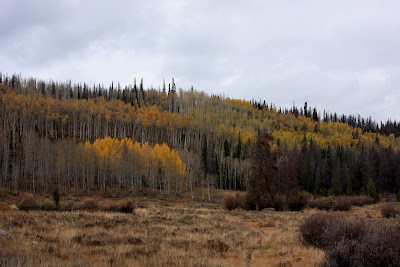 On the way home from a stimulating planning conference in Steamboat Springs, I drove over Buffalo Peak Pass to the east side of the Mount Zirkel Wilderness Area. I started the drive before sunrise and by the time I got to the pass, I was in the clouds and it was snowing heavily and there was snow on the road. I drove back down below the clouds and snow on the east side and saw a large bull moose crossing the road. I drove to the the Newcombe Trailhead to hike up into the wilderness. The trail entered the large flat meadows of Newcombe Park which were surrounded by stands of Aspen that were beyond their peak autumn color but still beautiful. Almost immediately, it began to flurry. As I climbed above the meadows toward the continental divide, the snow became heavier. High up, a couple of inches had accumulated on the trail, and because of the snow, I missed the turn off to Round Lake, my destination. When I reached a small pond immediately next to the trail, I knew I had climbed too high. I hiked back down and found the side trail to the lake. When I got to the lake, it was snowing heavily. With the snow and overcast skies, it was a difficult day for pictures.