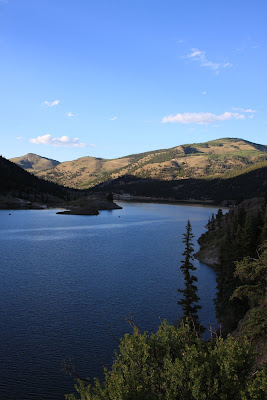 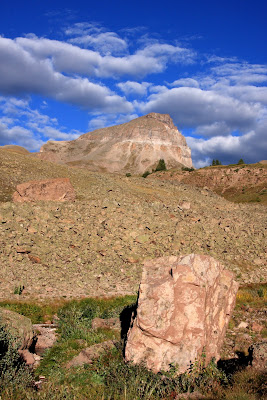 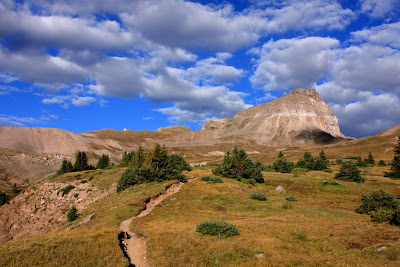 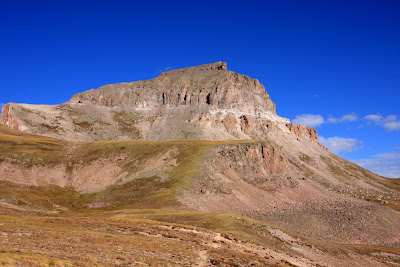 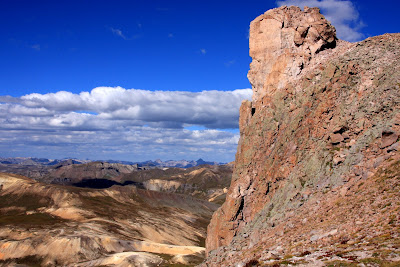 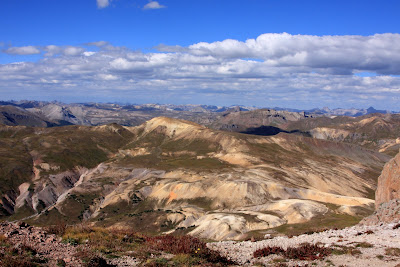 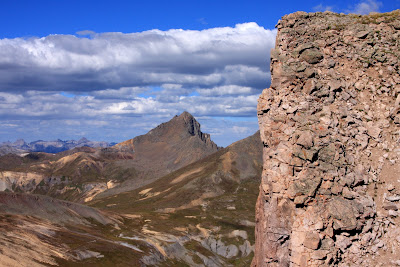 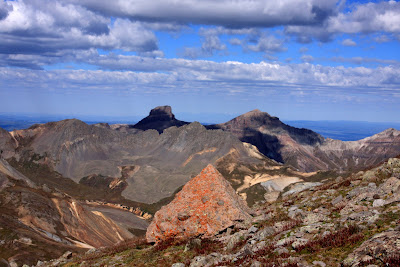 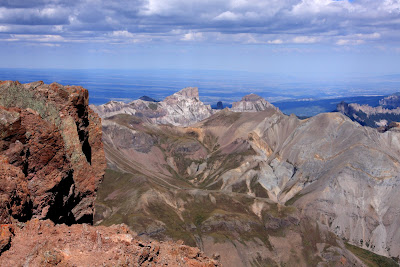 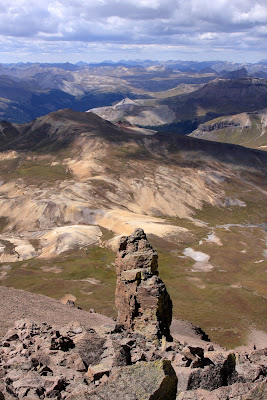 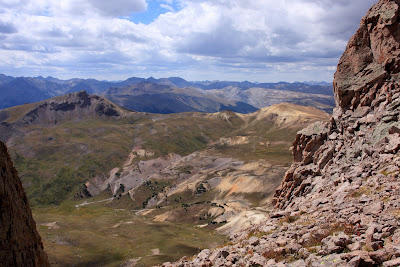 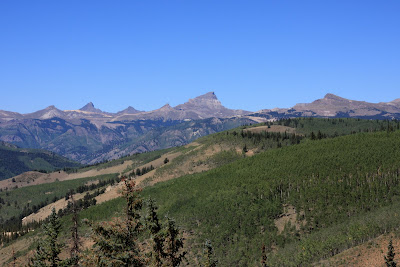 This past weekend three of us went with Ryan Ross to Lake City to climb Uncompahgre Peak. We camped on beautiful Lake San Christobal the night before and left early in the morning to climb the Peak. Uncompahgre is the sixth highest peak in Colorado with an elevation of 14,309 feet. Most of the hike is above tree line across sweeping alpine meadows. The peak itself, with its unusual shape, stands prominently above the landscape. The climb was steady and straightforward with one short scramble near the top, over loose rocks and gravel. The weather was sunny with some clouds and gusty wind. From the top, the views were of sharp peaks, colorful basins and endless mountains.