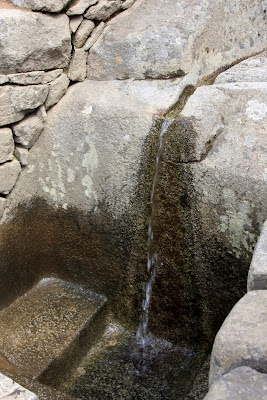 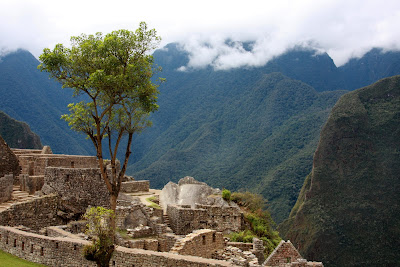 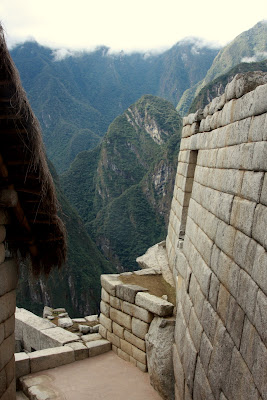 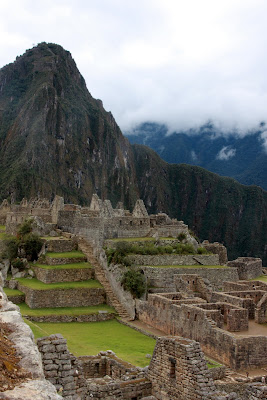 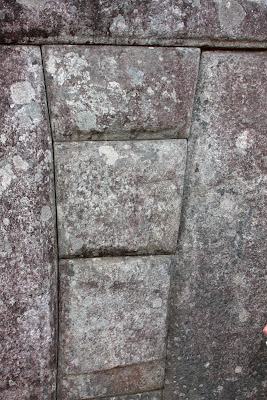 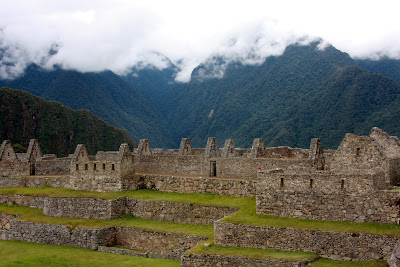 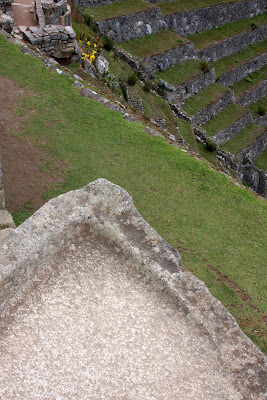 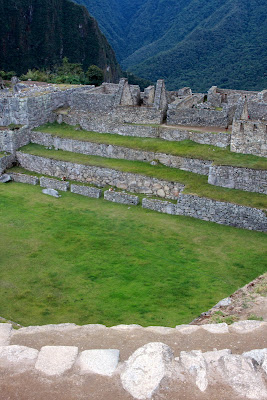 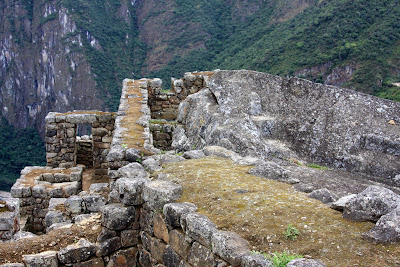 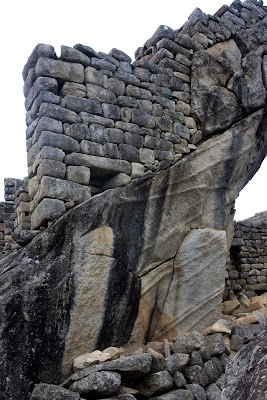 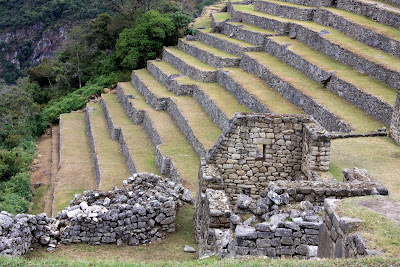 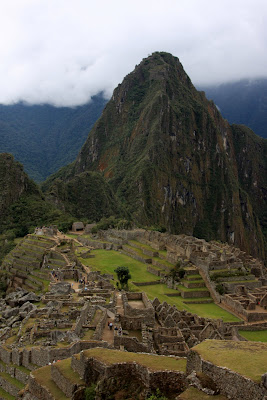 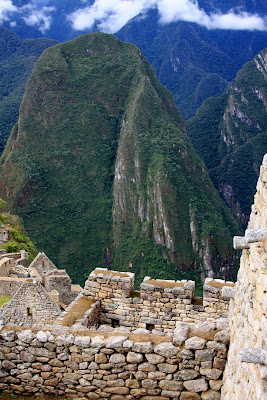 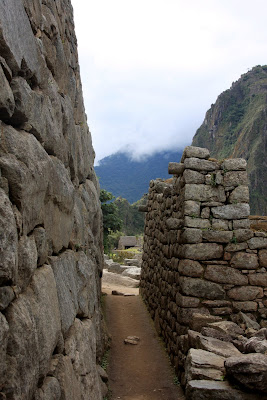 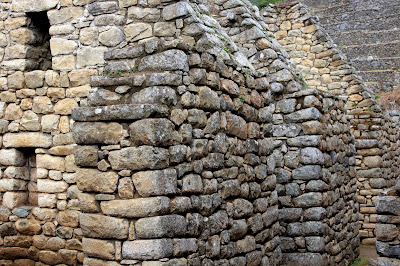 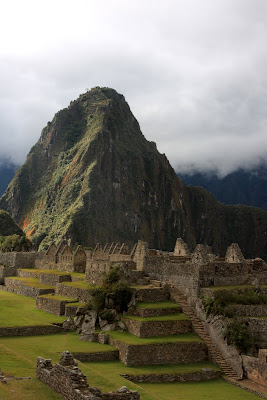 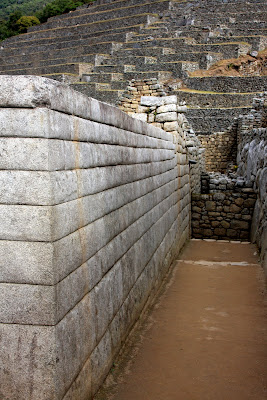 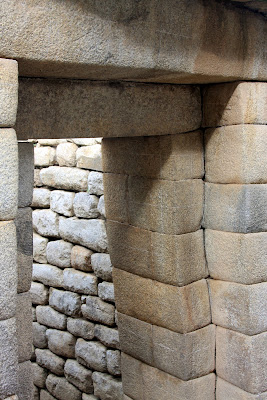 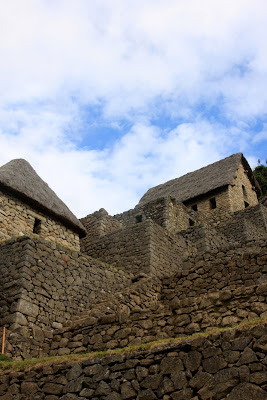 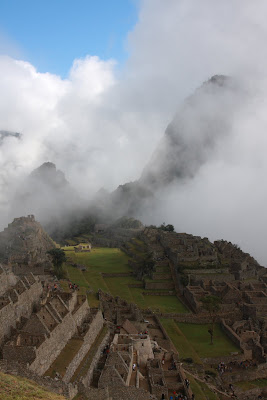 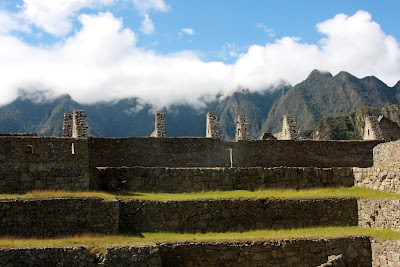 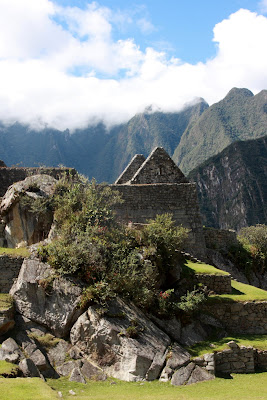 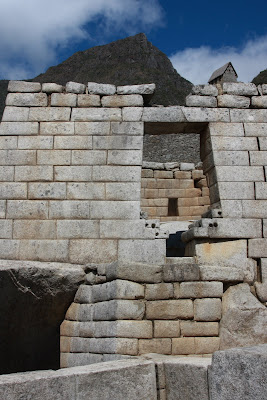 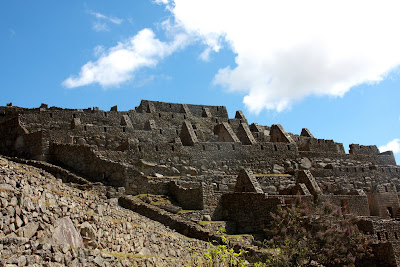 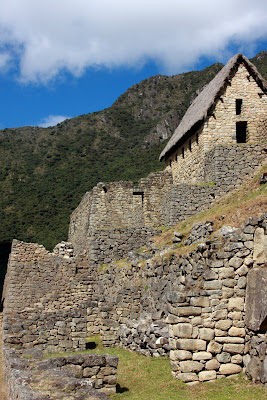 Machu Picchu is spectacular for its design and engineering, but also because of its wonderful location on a ridge, a saddle, between two mountains high above the canyon of the Urubamba River, with mountains surrounding it into the distance. It is thought that it was built for the great Inca and conqueror Pachacuti as one of his estates. Its layout is very highly organized into agricultural and urban sectors with its own agricultural terraces to provide food. The sectors included socially higher and lower portions as was the custom of the Quechua people. The site included an elaborate drainage system with fountains and irrigation taking advantage of springs. Some of this water is still running today. It is said that sixty percent of the construction is underground with the elaborate terracing and drainage systems. The royal estate is in fact carved out of the natural stone shape of the ridge. Our guide had us imagine the planning of Machu Picchu when the first Quechua envisioned what a heavily vegetated ridgetop could become. Part of the amazement of the place is that the Inca empire only lasted for about one-hundred years. So, this place was planned and constructed in just a very few years, a major effort for people who scraped, polished, moved, and fit together giant stones without steel, wheels or machines. The conquistadors managed to not come to Machu Picchu and did not dismantle it as they had other sites such as the great imperial city of Cusco. That is why it is in such wonderful condition today.