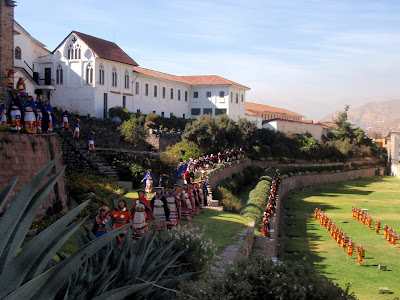 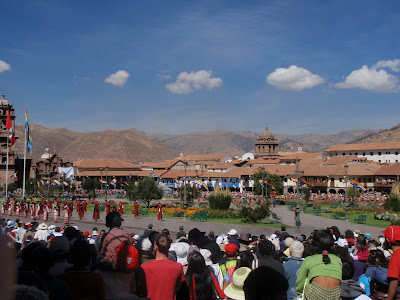 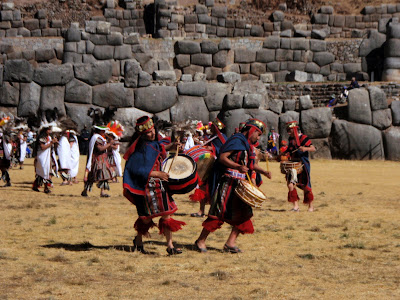 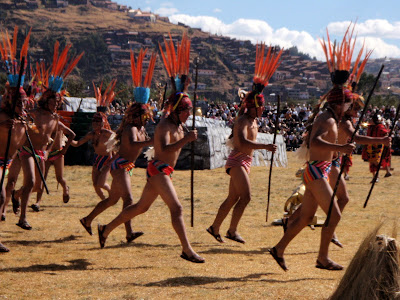 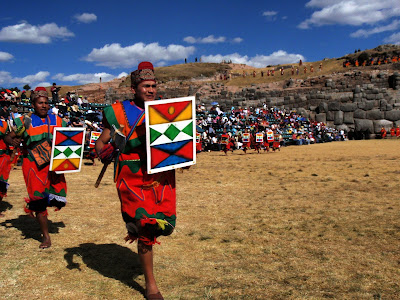 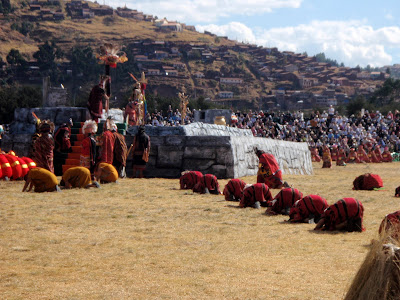 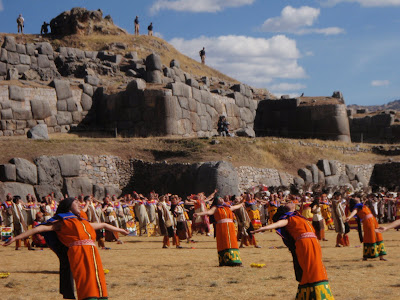 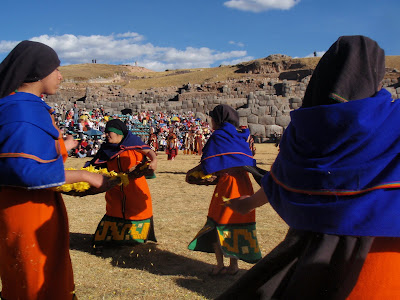 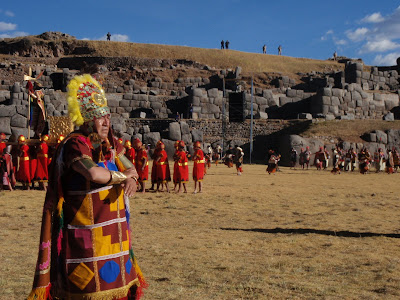 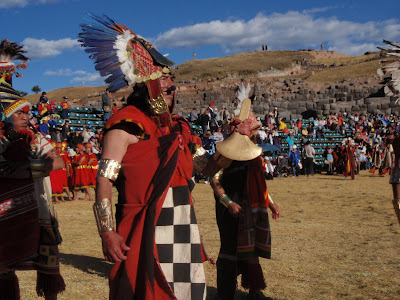 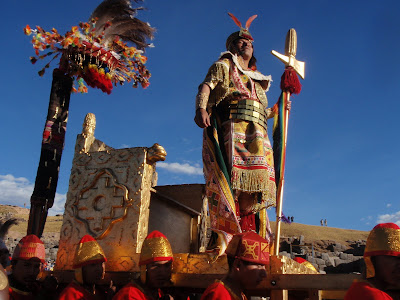 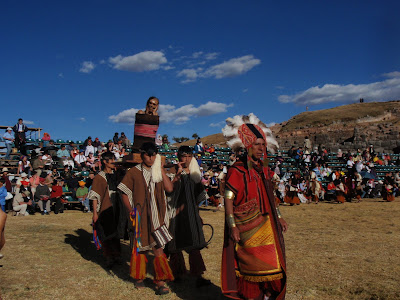 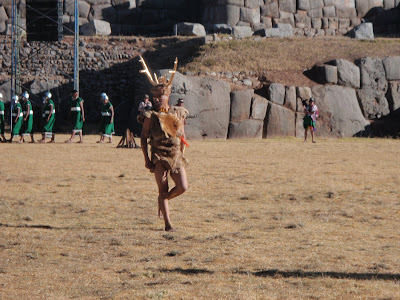 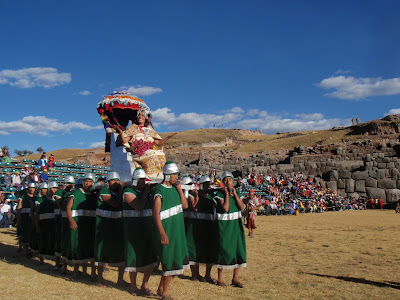 On Thursday, we attended the recreation of the Inca festival of the sun. The procession and ceremonies started at the Temple of the Sun in the Coricancha with all participants proceeding out of the temple and with the Inca himself giving initial prayers to the Sun. The procession included warriors, sacred women, representatives from the four parts of the empire, priests, officials and others all played by actors in colorful representations of the ancient clothing. They proceeded on to the main plaza and then up into the hills to the Sacsayhuaman complex where the primary ceremony was held. We sat in bleachers and watched the dancing and the Inca and his queen being brought in on litters. There was an extended ceremony with liturgy and speeches and a simulated sacrifice of a llama. It was a colorful and interesting event at the actual sites where it would have occurred.