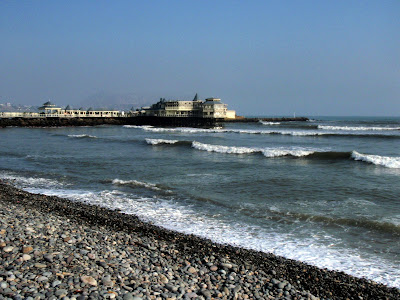 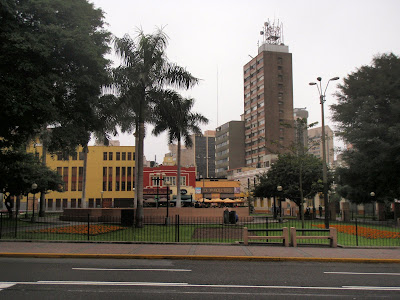 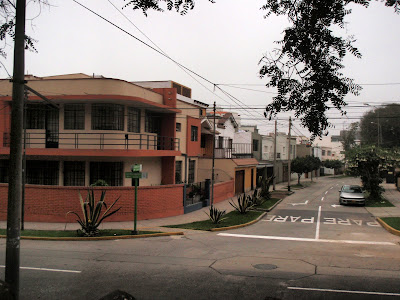 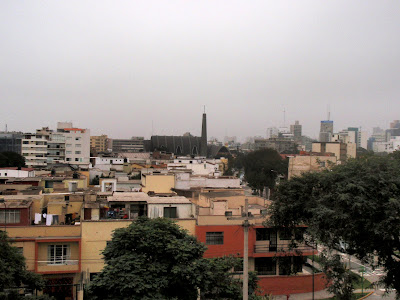 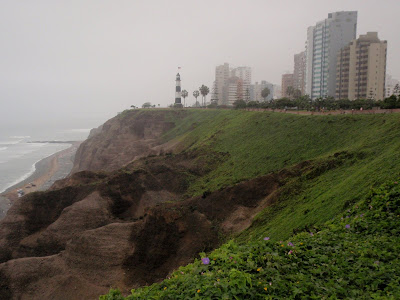 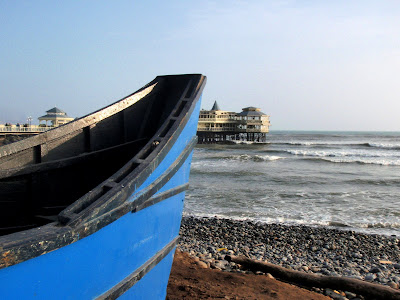 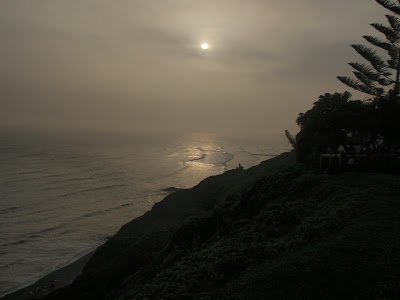 On Saturday, June 19, I arrived in Lima Peru. Lima is a city of more than 9 million people and is a city of contradictions. It is a coastal city in the desert where it doesn’t rain but is almost always cloudy or foggy. It is a city full of poor people but we stayed in the upscale suburb of Miraflores, which is very green and colorful with flowers. We stayed in a small hotel just off of the Parque Kennedy, which was a busy place with a large church and handicrafts and events. It was surrounded by modern shops, many of which were of American chains. Miraflores is known for seafood and especially ceviche, which I had twice. There was a busy night club near the hotel and on Saturday night we heard the loud party there that lasted until the early morning hours. In the evening, I attended a small musical concert in the park with three musicians playing traditional instruments and Peruvian songs. The local audience greatly appreciated the music and danced and sang along. Several times we visited the high cliffs that tower over the Pacific Ocean beach. For a couple of hours on Monday, the sun came out and several of us walked down to the beach.

Joni
Agreed! There is just something about that blue boat!
sara_v
Welcome back! Glad you had such a wonderful adventure. I'm particularly in love with the photo that gives a peek at the blue boat.