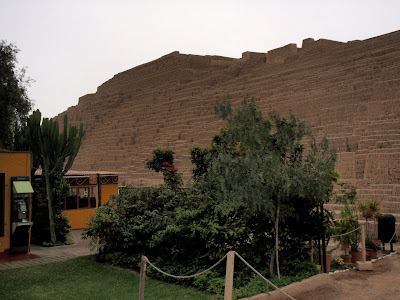 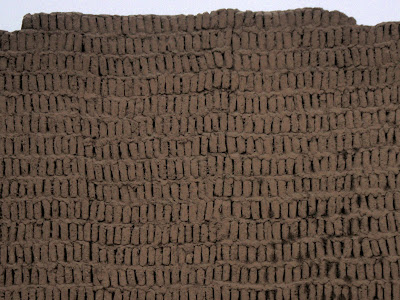 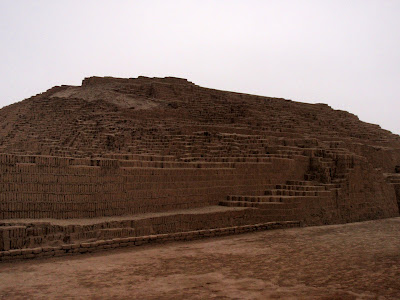 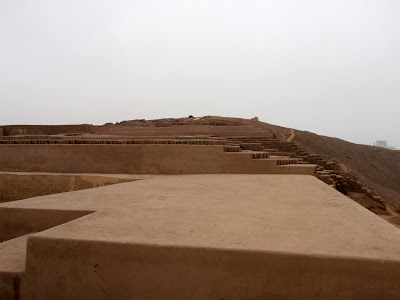 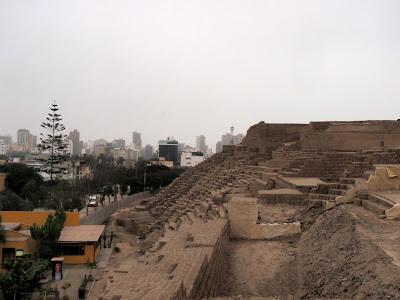 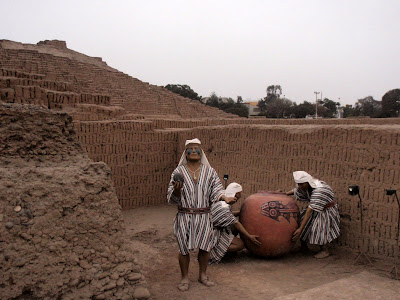 On Sunday, June 20, we had a free day and we walked a kilometer to an ancient pyramid site in the middle of Miraflores. The site was a large regional religious center that was constructed and used by the ancient people of the Lima area between 200 and 700 AD. It is a large excavated pyramid with associated walls that were all constructed of handmade mud bricks. The Lima people were farmers, herders and above all fisher people. They produced complex weavings and pottery with graphic themes often associated with the sea. The people gave offerings to their gods including their best, unused, decorated pottery, which they shattered as an offering. They also offered textiles, livestock, infants and young woman in sacrifice. The site is densely surrounded by the city.