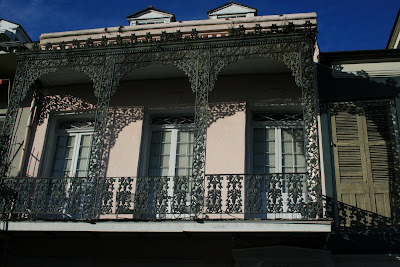 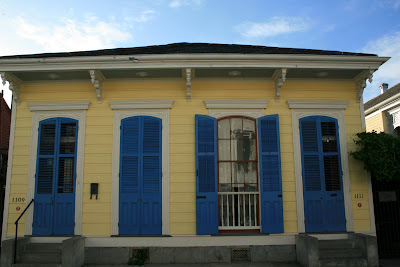 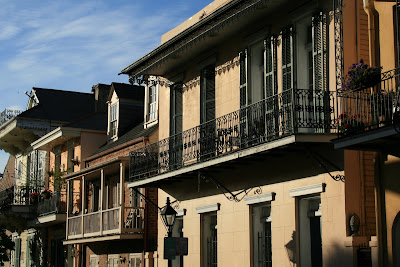 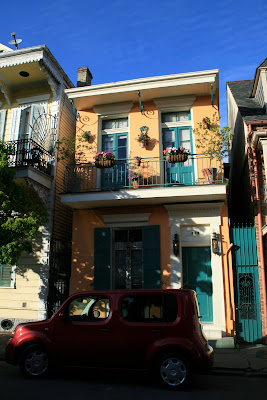 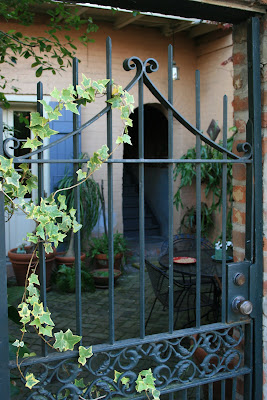 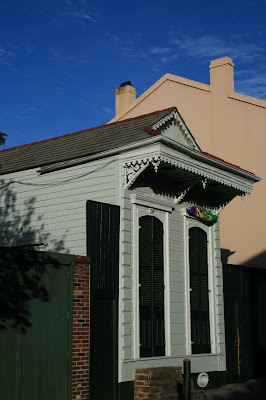 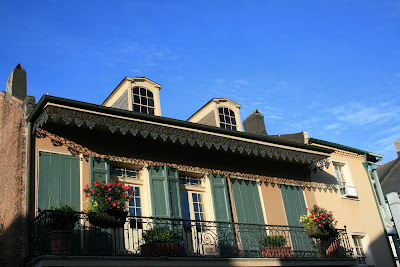 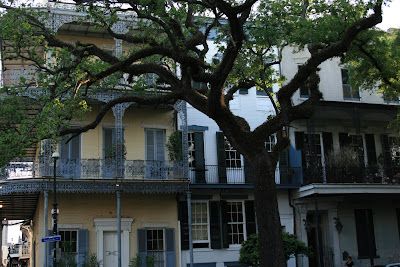 Saturday and Sunday the French Quarter Festival was in full force. This is a free festival for the locals with live music and booths with food and drink. At the Woldenberg Park on the Mississippi River in front of the French Quarter, I heard blues-rock jam bands. Despite the fact that they were hard rocking, they had a definite New Orleans flavor. The first had a sousaphone player instead of an electric bass. The front men on the second band were three trombone players. They were definitely rocking. On a smaller adjacent bandstand, groups played a uniquely local style combining rap with marching-style brass bands. Twice, I ran into the G String Band playing in the middle of Royal Street. They are a group of street musicians, who look incredibly down-and-out and bohemian but play wonderful old world folk music with accordion, banjo, and fiddle. I listened to a couple of traditional jazz bands including the Preservation Hall Jazz Band at Preservation Hall.
Finally, because of a previous experience in New Orleans, I made a special effort to hunt down the Young Lions of jazz. If you want to formally study jazz, New Orleans is the place to go. The Young Lions are a jazz movement of players in their twenties who play the hard bop style from the 1950’s and early 1960’s. These are the young gun slingers of jazz coming out of the jazz institutes of the city. I heard a group from the Thelonius Monk Institute at Loyola University playing at the Snug Harbor, a famous jazz club in the Marigny Neighborhood. Once again, I was amazed by these young prodigies pushing the musical envelop to new realms. New Orleans is the place to hear authentic music by hard working musicians.

sara_v
We are definitely loving all the new photos/posts, Homie.