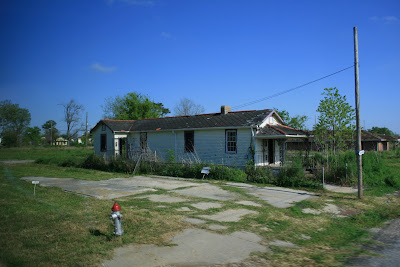 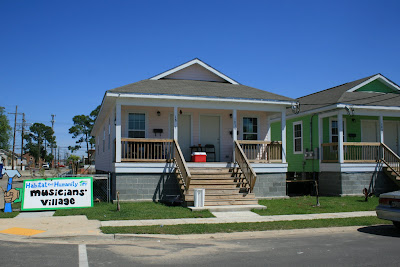 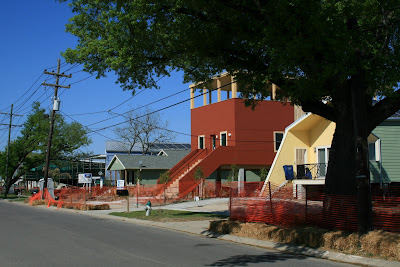 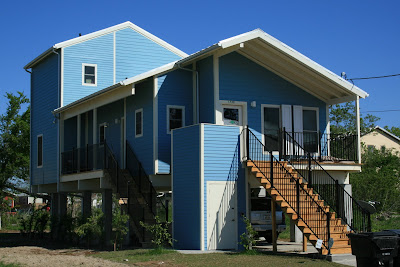 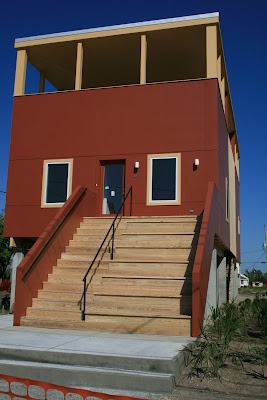 I toured the city and there was devastation from the storm scattered throughout the neighborhoods and social strata. The Lower Ninth Ward was essentially gone. A barge had crashed through the levy and the neighborhood was flooded with nine feet of water. Only a few scattered ruins were left. Even the vegetation was gone with only a few old trees remaining. We toured the work of the urban pioneers returning to the area. We saw the new Musicians’ Village in the Upper Ninth Ward developed by Habitat for Humanity. This building effort was led by Branford Marsalis and Harry Connick Jr. They hope to provide a place for musicians so they won’t leave, maintaining a vital part of the city’s culture. We toured Brad Pitt’s Make It Right project with highly designed, energy efficient homes on stilts. Throughout the city, roads were being repaired, pipes rebuilt, and homes repaired. The city is busy remaking itself.