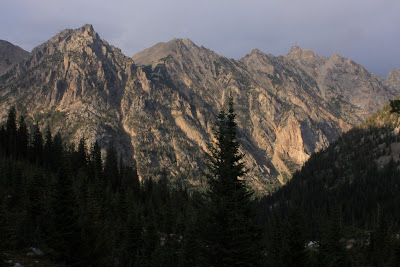 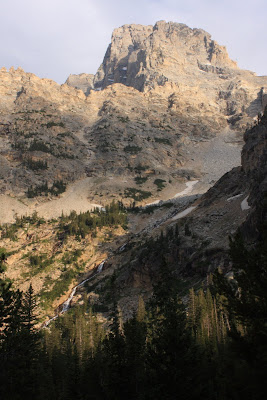 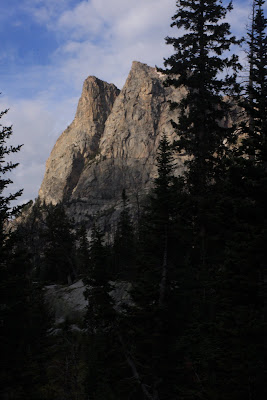 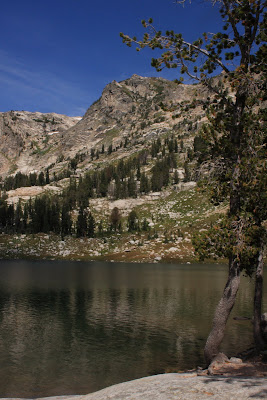 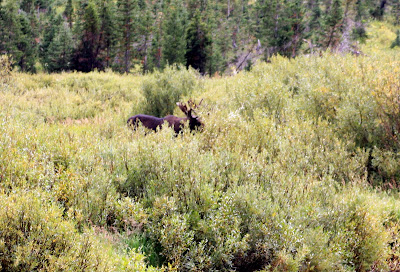 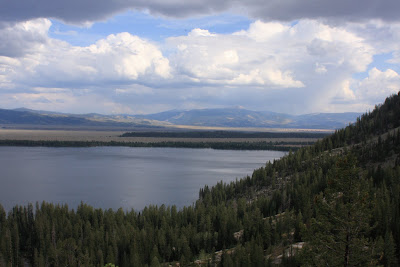 On the other side of the pass, we descended into the Canyons of Cascade Creek. This terrain was completely different from the western side. It was a steep sided, V-shaped canyon with towering, metamorphic walls. The Grand Tetons are thrust-fault mountains, where the fault has caused the eastern face of the mountains to tower above the Jackson Hole valley below. This wall was carved by glaciers, forming deep canyons. Water cascades down the Canyon walls from above, and the clear, clean water of the creek flows down the canyon in a series of falls. Our campsite had views up and down the canyon, the walls of which changed color in the changing light of the evening and morning. On Sunday, most of the group continued down the Canyon to Jenny Lake while five of us hiked up to serene Solitude Lake. The scenery down from the lake was dominated by the Grand Teton in front of us. We spotted a moose in the willows by the Creek. The trail was increasingly crowded as we approached Jenny Lake which was shocking after four days in the wilderness. The hike ended with a scenic boat ride across Jenny Lake.