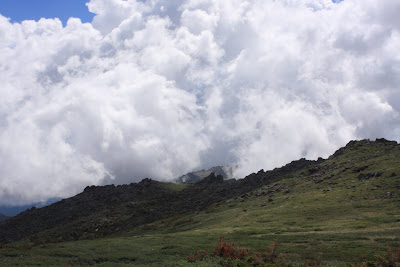 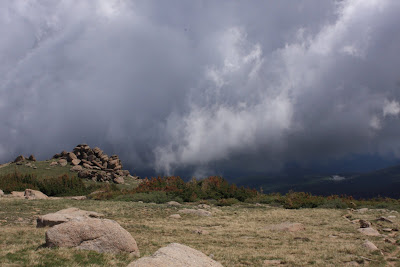 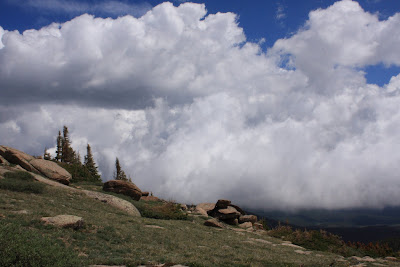 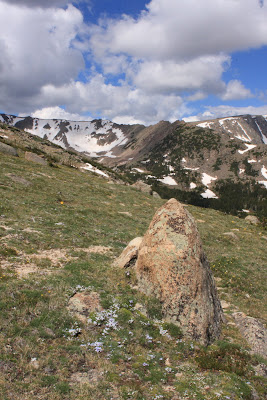 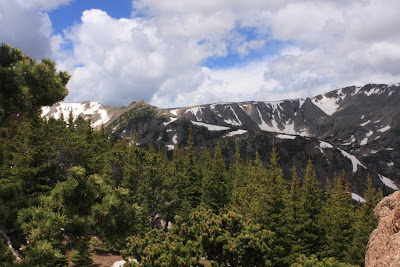 Returning to camp, we reached the wide, flat pass and saw that we were approaching frantically chaotic clouds to the northeast that were at our level and looked like volcanic steam rising from the valley. At camp, we began packing, and by the time we were finished, the sky was solid grey. As we descended through the forest, it began to rain and we heard thunder approaching from our rear. You can count the seconds between the lightening flash and thunder and tell how far the storm is from your location. When the storm reached us, the flashes were nearly simultaneous with the thunder. Deep in the forest, the thunder shattered the air around us and shook the ground, and we saw flashes of magnesium-bright lightening as it struck the ground.