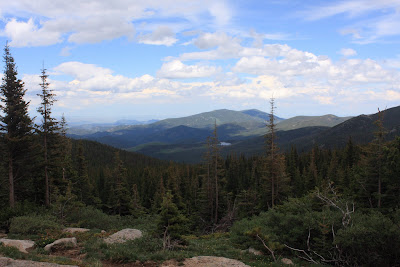 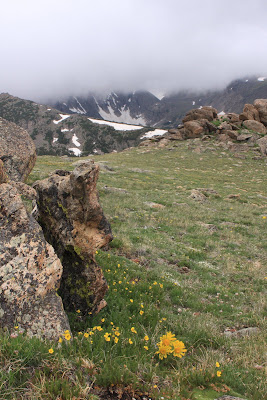 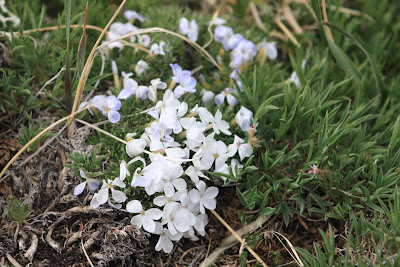 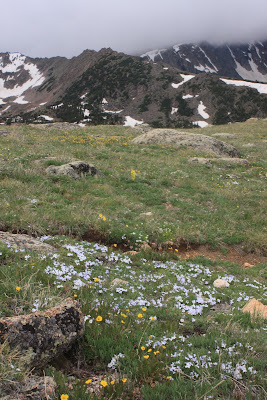 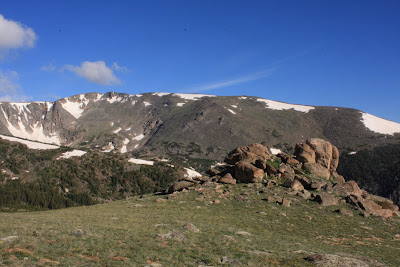 Commanche Peak
On Friday, Jason, Joni and I hiked from Pingree Park up into the wilderness. It was drizzling when we started and it showered on and off as we climbed out of the valley through the evergreen forest. We made camp at tree line where the forest opened into a series of large clearings. We camped below a large bank of snow. The melting snow made the ground wet throughout and there were several small streams around the camp. Water-loving yellow flowers were scattered throughout the camp.
While Jason and Joni rested in camp, I explored the open alpine meadows above. I reached a high point where the scenery was dominated by the Comanche Peak massif across a deep and wide canyon. I had climbed Commanche Peak several years before. At the head of the canyon was pointed Fall Mountain and the dramatic basin above beautiful Emmaline Lake, which was hidden behind a ridge.
It was mostly overcast as I explored with some of the peaks hidden in the dark, rolling clouds. I took pictures of the abundant and diverse flowers. The next morning when we began to climb towards Mummy Pass, the sky was deep blue.