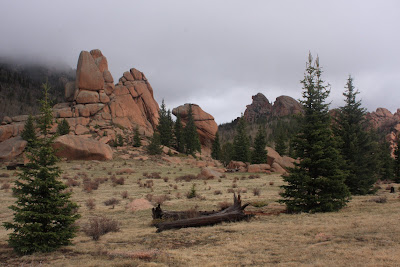 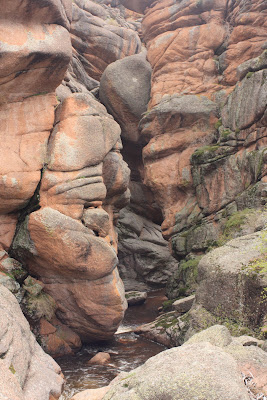 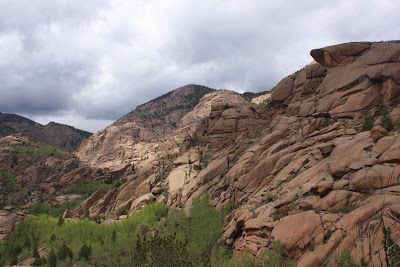 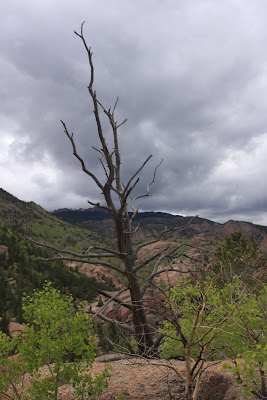 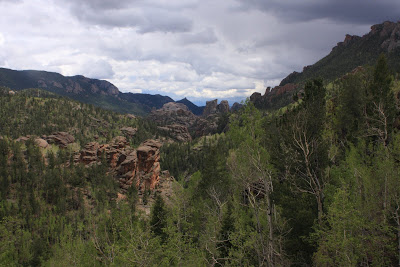 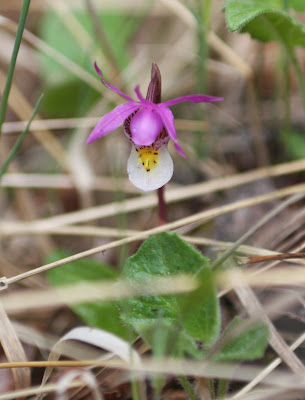 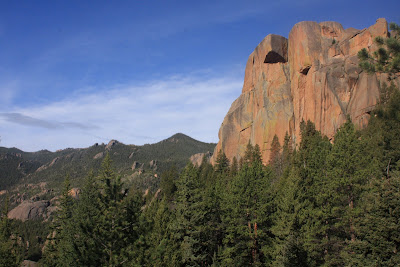 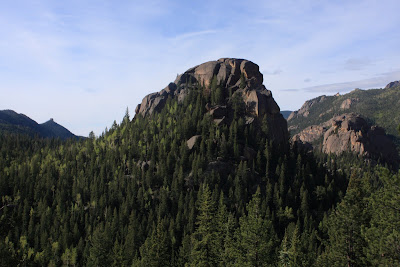 Memorial Day weekend I led a club backpack on the 23 mile Hankins Pass – McCurdy Park – Goose Creek loop. Bad weather was forecast for the three day hike but the three other hikers and I looked forward to the hike. This was the third time I had done the hike and knew that there was highly unusual terrain on the trip. The first day we had to climb over two high points above Hankins Pass on either side of Lake Park, up to 11,500 feet in elevation. It was overcast when we started and we could see that the high points were shrouded in clouds, and it was foggy when we reached them, so unfortunately there were no views from on high. We started down from the highest point through patchy snow on the north side, and it began to rain and snow. We descended about a mile to the first stream valley where we set up camp during a lull in the weather. The next day we descended through lovely McCurdy Park, which is a large open area with a granite tower in the middle and fantastic granite formations all around. We continued the descent into the Goose Creek valley. This valley is a chaotic mix of giant granite boulders and domes that is incredible and difficult to describe. In the valley, we started the continuous up and down hiking that would last the rest of the trip. After crossing deep and fast-moving Goose Creek on a bridge comprised of several, loose long logs, we came to the place where the creek disappears into the boulders, which is why it is also called Lost Creek. Next we climbed to the top of a granite dome where there were views of the valley with its wild, psychedelic landscape with infinite varieties of granite shapes, almost appearing to be in motion. We camped the second night in Reservoir Gulch and managed to set up camp just before a heavy downpour. The last morning was bright and sunny and there was a steep slope behind our camp which we climbed for early morning views of the granite formations. It was overcast again when we started our final hike back to the trailhead.