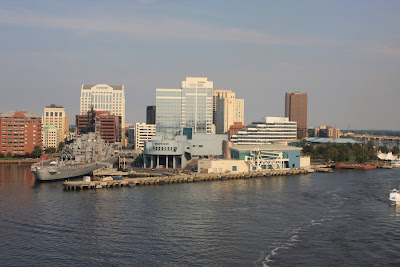 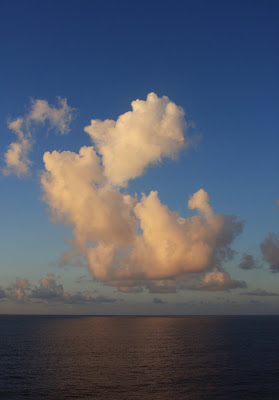 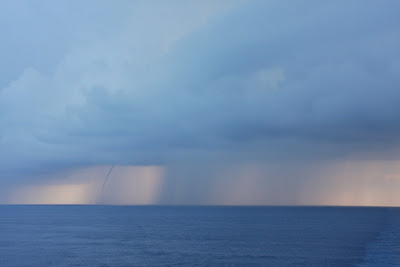 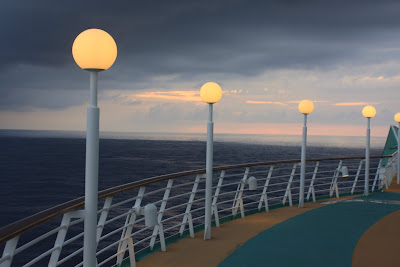 Sailing on a large cruise ship is a bit like a G-rated Las Vegas on the ocean. During the day there is a party on the pool-deck with a reggae band that occasionally did some good work and waiters bringing frozen drinks. There is eating a great deal along with stage shows or the casino in the evening. While others went to the show, I learned to go to the top observation deck in the evening for the real show of sky and sea. Enormous clouds towered over the sea as they changed colors with the setting sun.
The first full day of cruising was overcast with a bit of rain. In the evening, there were large black clouds with a band of light at the horizon that lit the sea. A water spout cut through the band of light far behind the ship.